Leclerc was ‘intimidated’ by F1 stars during early 2018 races 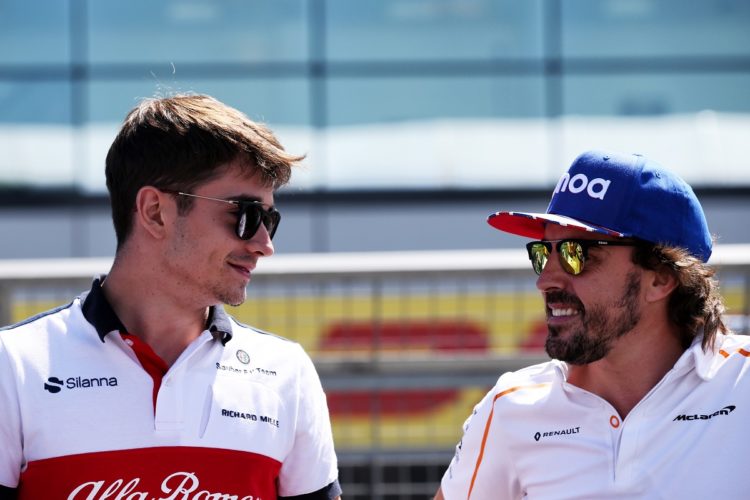 Charles Leclerc has revealed that he felt intimidated by some of his Formula 1 rivals during the early stages of his career in 2018.

After winning the 2017 Formula 2 Championship, the Monegasque driver progressed to F1 with Sauber, partnering Marcus Ericsson for one season before moving to Ferrari in 2019 alongside four-time F1 Champion Sebastian Vettel.

Since joining Ferrari, Leclerc has established himself as one of the most reliable drivers on the grid, securing 75% of Ferrari’s Championship points in 2020.

But Leclerc admits that throughout the opening handful of races with Sauber in 2018, it was a shock for him to be racing the same drivers he had previously been viewing on television.

“I think in the first few races in Formula 1, once I arrived it’s quite a shock that all of the drivers I used to watch on TV, I was racing them,” Leclerc said.

“So in the first few races I have to say I was quite intimidated, but then you cannot keep going like this.

“After a few races you just get used to it and now every time I fight a driver on track, for me, I don’t think about what this person has achieved.”

Having gone head-to-head with F1 titan Lewis Hamilton on multiple occasions since joining Ferrari, Leclerc added: “I’ve got huge respect for everyone on the grid and Lewis has achieved so much in the sport.

“But whenever I have the helmet on, I try to fight him as much as I do anybody else on the grid.”

Leclerc is heading into his fourth F1 season in 2021, and his third with Ferrari as the Italian squad looks to bounce back from a disappointing 2020 campaign.

The 23-year-old is joined at the team by ex-McLaren driver Carlos Sainz – together they form Ferrari’s youngest driver line-up in over 50 years.

The team is confident that it has recovered a lot of its lost speed from 2020, as it looks to drag itself out of the midfield battle it slipped into last year.