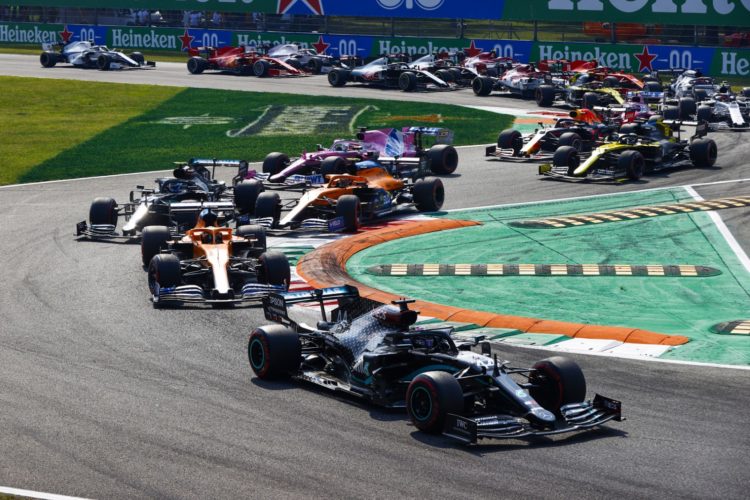 Formula 1 has reiterated its confidence that it will be able to fulfil a record-breaking 23-race calendar in 2021 in spite of the ongoing Covid-19 pandemic.

The championship had to heavily revise its proposed 2020 schedule when the pandemic struck, cancelling 13 events, holding two rounds at three locations, and introducing new or returning venues.

Having initially targeted a 15-18 race calendar Formula 1 chiefs eventually completed a 17-round schedule, which took place entirely in Europe and the Middle East, and then released a provisional 2021 roster that featured 23 events.

Australia’s planned opener has already been pushed back from March to November, owing to the country’s entry restrictions, while China’s mid-April round has been indefinitely postponed, prompting the inclusion of Imola and expected retention of 2020 debutant Portimao.

Speaking at a conference call new Formula 1 CEO Stefano Domenicali emphasised that all existing promoters have expressed confidence their events will be going ahead as planned in 2021.

“We will navigate the challenge of pandemic, but are pleased with how we have already been working with our partners,” he said.

“We were able to reschedule Australia later in the year and announced the return of Imola and Portimao to the schedule.

“All conversations with promoters have been positive since the start of the year.

“And every one of them has made it clear that the events should be going ahead as scheduled.”

Domenicali also expressed hope that spectators will be able to return in 2021.

“We’d love to welcome fans back on the track and we’ll be working with the local organising and governments on that approach,” he said.

“We are also grateful for the efforts made by the government to allow Formula 1 to continue to travel to our events during a time of global quarantine.

“Our highly robust safety procedure has proven we can travel and race safely.”

Formula 1’s 2021 season is due to begin in Bahrain on March 28 and conclude in Abu Dhabi on December 12, and feature the return of the Netherlands after a 36-year absence and debut of Saudi Arabia.