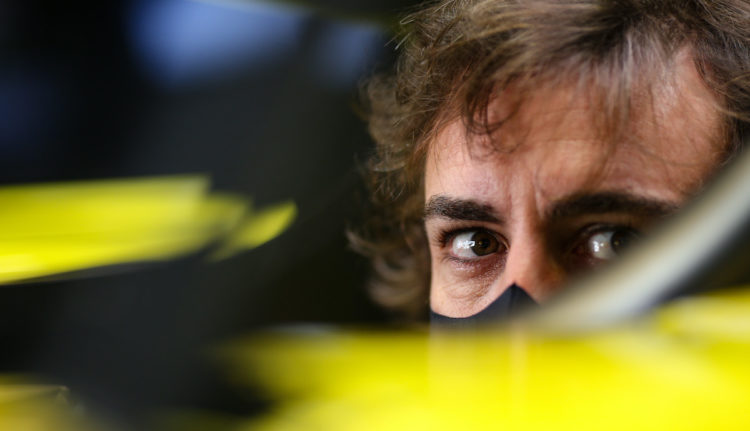 Fernando Alonso will not be present at the unveiling of the Alpine A521 Formula 1 car when its presented next week.

The Spaniard will return to F1 this year following a two-year break which saw him compete at Le Mans, in the World Endurance Championship, Dakar and at the Indy 500.

However his pre-season training schedule saw him involved in a road traffic accident earlier this month. He was struck by a car whilst cycling in Switzerland and required surgery to his jaw as a result.

The 39-year-old is expected to make a full recovery ahead of the 2021 F1 season, but the team confirmed on Friday that he wouldn’t be taking part in the presentation of the car on March 2 due to his ongoing recovery.

“We regret to confirm that Fernando Alonso will not be present for the media Q&A on this occasion,” an Alpine team statement read.

“The sanitary situation and corresponding regulations in place do not allow him to do any communications and marketing activities while he undertakes his critical season preparation.”

Alonso will partner Esteban Ocon at Alpine for the 2021 season and is set to take part in pre-season testing in mid-March before the first race of the season on March 28.