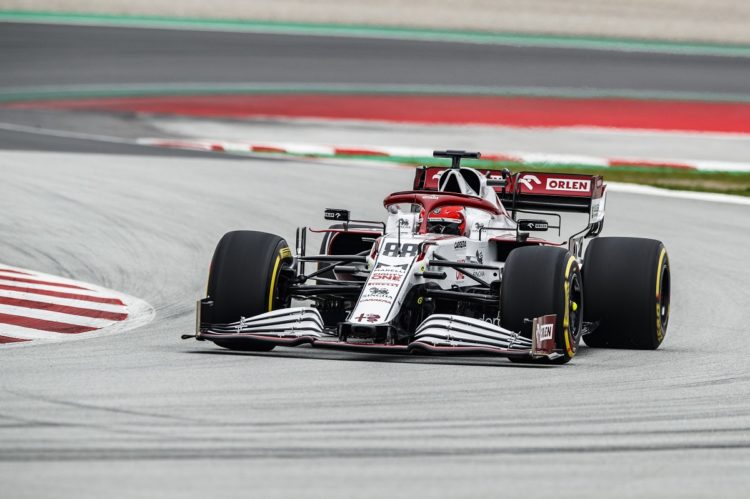 Alfa Romeo’s 2021 Formula 1 car, the C41, has made its on-track debut via a shakedown at the Circuit de Barcelona-Catalunya on Friday.

The car was officially launched in Warsaw earlier this week, with the team showing off a revised livery concept while retaining the red and white colours that have been used since 2018.

It also confirmed that it has spent its development tokens, a system introduced by the FIA to give teams some development freedom amid a freeze this year, on a new nose.

For a third consecutive season, Alfa Romeo will run Kimi Raikkonen and Antonio Giovinazzi as its full-time drivers, while Robert Kubica stays on as a reserve driver for a second year.

Kubica’s role saw him be the first to drive the C41 car, completing 29 laps mostly around the short layout of the track.

“It’s always a special moment to be the first to drive a new car,” Kubica said.

“Today’s focus was on making sure everything worked as planned and to ensure all systems were functional, so performance was not an objective, but the thrill of driving a car like this isn’t diminished.

“The car felt good and I am looking forward to driving it once again later in the season.”

Alfa Romeo is targeting a more positive season this year compared to 2020, where it lingered towards the rear of the grid for much of the campaign, taking eighth in the Constructors’ Championship.

While it hopes to make gains in 2021, much of the team’s focus is fixed on 2022, when new technical regulations will be introduced.

The car will hit the track again in two weeks at Bahrain pre-season testing, which will be held across three days from March 12 – 14.