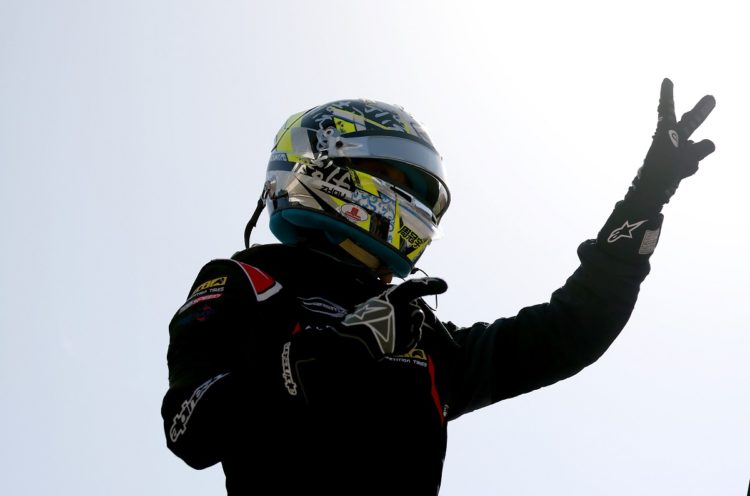 Alpine Formula 1 junior Guanyu Zhou has been crowned the champion of the Formula 3 Asian series.

It marks the first title of Zhou’s career, and brings his super licence points tally up to 36, four shy of the total that would allow him to race full-time in Formula 1.

Zhou picked up four race victories throughout the 15-round F3 Asian series with Abu Dhabi Racing by Prema, with a win at the final race of the year seeing him take the title.

As well as his handful of victories, Zhou appeared on the podium on seven other occasions during the series, which began at the end of January.

The Chinese driver beat Pierre-Louis Chovet to the championship by 16 points, with the duo separated by just one point ahead of the final race of the season in Abu Dhabi.

“Huge thanks to my crew, my team,” Zhou said. “All the hard work in the last few weeks, it’s been tough.

“Coming to the last round 32 points behind, it wasn’t easy. I never gave up until the last race and today we made a perfect start, got into the lead.

“Then it was head down, focus to get the win. It was unbelievable to win the F3 Asian Championship. I really enjoyed my four weeks here.”

Zhou will also race in the FIA Formula 2 Championship for a third year in 2021 with Uni-Virtuosi, after finishing seventh and sixth in the standings in 2019 and 2020 respectively.