Gasly ‘ready’ to be a team leader at AlphaTauri 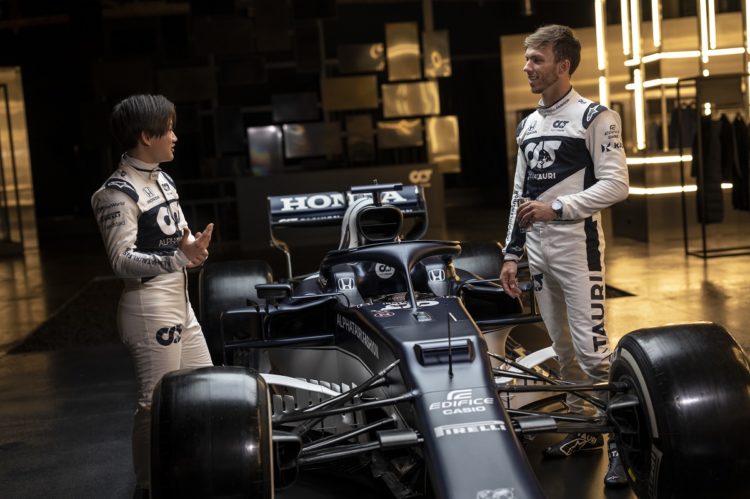 Pierre Gasly affirms he is ready to be a team leader at AlphaTauri in 2021, following the arrival of rookie team-mate Yuki Tsunoda.

After his demotion from Red Bull mid-way through the 2019 Formula 1 season, Gasly has impressed at the sister Toro Rosso/AlphaTauri team, picking up a shock maiden grand prix win at the Italian Grand Prix last year.

With Tsunoda receiving a promotion to F1 following an admirable Formula 2 campaign in 2020, Gasly is confident the Japanese driver will boost AlphaTauri forward.

However, the Frenchman understands that he must now step up to be a team leader due to being the more experienced driver – a duty he’s confident he’s ready to take on.

“Yuki’s arrival means I will have more responsibility within the team and I’m ready to take on the role of team leader,” Gasly said.

“However, he is a very quick driver and he will help us move the team forward.

“I know Yuki, he is a competitive guy and showed what he can do in F2, that’s why he was promoted to F1 after just one year. We will work together to achieve that.

“He lacks experience, so it won’t always be easy for him, but I think he is talented and it will also be up to me and the team to lead the way.

“His arrival doesn’t really change my approach, which will be the same as last year, when we got the most out of what we had to work with at pretty much all the grand prix, apart from one or two.

“So, we must keep going with the same philosophy, as I really believe last year was the team’s best in terms of the way it worked, the development, the performance and in the way it managed the race weekends.

“I think that goes for me too and we just have to keep going like this to try and do a little bit better than we did last year.”