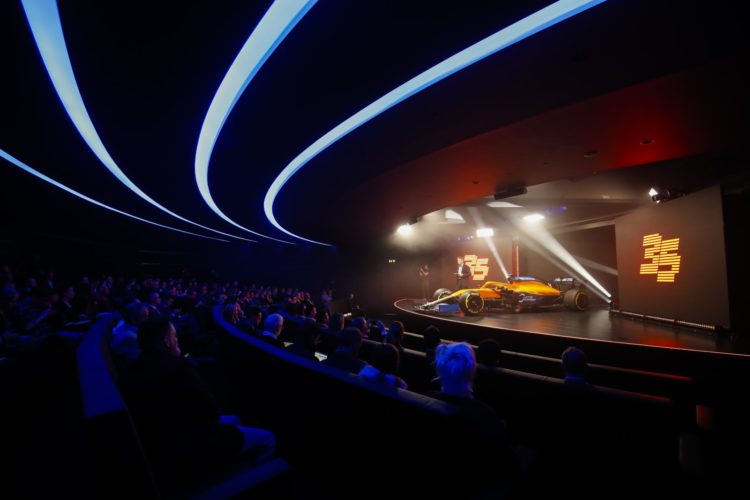 McLaren is set to kick-start an elongated Formula 1 launch season with its Mercedes-powered MCL35M to be unveiled later on Monday.

As part of the cost-saving measures implemented in the aftermath of the Covid-19 pandemic Formula 1 stakeholders unanimously agreed to defer the introduction of the new regulations by 12 months, meaning teams are effectively carrying over last year’s chassis.

However there have been changes, most notably alterations made to the bargeboards and floors, in order to reduce downforce levels.

Formula 1, and tyre partner Pirelli, held concerns that the increased loads – owing to another year of development with cars that were only due to be used for one season – provided an unnecessary safety risk.

A handful of development tokens have been issued, with which changes can be made, primarily for McLaren, which is the only team to change power unit supplier, having moved from Renault to Mercedes.

McLaren’s launch will take place from 19:00 GMT, at its Technology Centre, with the unveiling season set to be prolonged owing to the later start to the campaign.

In past years teams have launched their cars in the days before pre-season testing, or on the morning of the first day, but testing this year will not take place until March 12.

The next launch is due to take place this Friday (February 19) when AlphaTauri unveils its Honda-powered AT02.

Alfa Romeo is due to display its C41 in Warsaw next Monday (February 22) while Mercedes, Ferrari and Williams – the only other teams to have issued dates – will not unveil their cars until early March.

Alpine and Aston Martin are set to carry out official launches next month while Haas will not even fire-up its 2021 car until Bahrain owing to travel restrictions preventing Ferrari engineers from reaching the UK.