Zhou ‘China’s only F1 hope for next generation’ 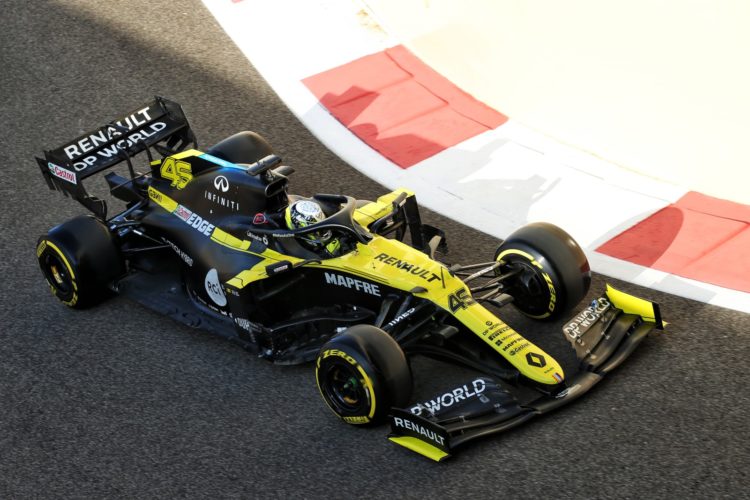 Guanyu Zhou represents China’s sole hope of having a Formula 1 racer for the next couple of decades, according to the director of Alpine’s Academy.

China, the most populated country in the world, has featured on Formula 1’s calendar since 2004, but has never had a grand prix driver.

Ma Qing Hua participated in five practice sessions with HRT and Caterham across 2012/13 though he was never a realistic candidate for a race seat.

Zhou spent several years with Ferrari’s Driver Academy before linking up with Renault ahead of the 2019 season, when he made the step from Formula 3 to Formula 2.

Zhou emerged as 2019’s top rookie, and started 2020 brightly with pole position, but his prospects faded amid a series of setbacks and missed opportunities, placing sixth in the standings.

He will remain in Formula 2 with UNI-Virtuosi for the 2021 season.

Zhou, 21, is also set to retain a direct link with the rebranded Alpine Formula 1 team, having been involved at Renault in 2020, participating in private test days prior to an outing in the R.S.20 in Abu Dhabi.

China has its own Formula 4 series, while ex-Renault junior Ye Yifei won 2020’s Euroformula Open title, but Zhou is set to be the sole Chinese driver in the top three tiers of the FIA’s single-seater ladder.

“In the case of Zhou specifically we started off the project three years ago with [Formula 1] the aim by the end of his three-year tenure,” said Alpine Academy chief Mia Sharizman.

“It was a once in a generational project, especially for Zhou, coming from China, we will never ever see another Chinese driver for the 15-20 years, whether [even] in Formula 3, Formula 4 or Formula 2.

“I think that is something that from the team itself, Alpine, the Renault Group, we are [more] committed than ever to make sure that happens in the future.”

Sharizman believes that Zhou’s “totally different background” means he has “had to work harder than everyone else” but has confidence in the Shanghai-born driver’s fundamental ability.

“I think that is what you see in Zhou, he is quick, that’s the first thing that we have.

“Yes, there is that level of insecurity in terms of when things go wrong, that [comes with] maturity and experience, if things go wrong that’s where sometimes we have to put them all back together.

“That’s something we need to work with Zhou, of bouncing back, obviously last year he had quite a bit of technical issues, which is a natural thing in Formula 2.

“If you can have a more calm, and more composed [approach], and have a very consistent pace throughout the year, that’s where I think more focus will be on for him this year, to be challenging for the title.”

Zhou emphasised that his target for 2021 is to ensure he is in a prime spot if a Formula 1 opportunity arises.

“Everyone knows you have to get the Super Licence points, so that’s the target this year, as well as trying to win the title,” he said.

“Finishing top three will be enough, but once you have that, the door is always open and I’m pretty confident if I can do a strong season and show my potential I think I will have a good chance.

“But obviously in F1 we don’t have many spare seats per year, so you have to look when the door is open, but now I’m focused on myself and trying to show I am good enough.”

Alpine will field Fernando Alonso and Esteban Ocon in Formula 1 this year.

Zhou is one of five juniors on Alpine’s roster, alongside Formula 2 rivals Christian Lundgaard and Oscar Piastri, and Formula 3 debutants Victor Martins and Caio Collet.