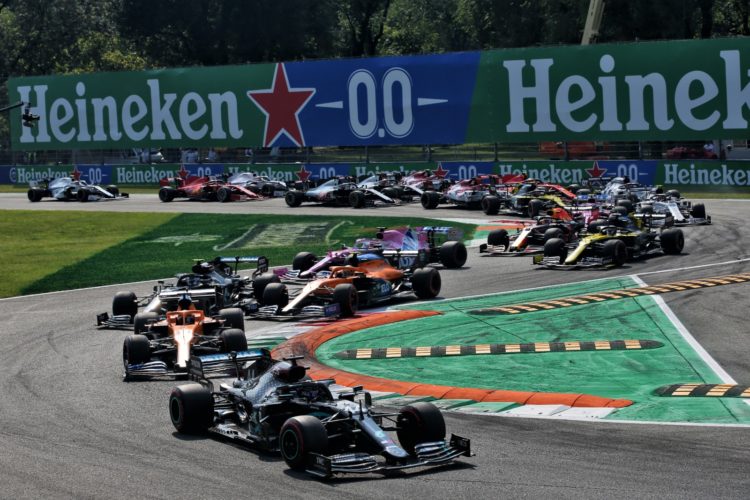 Formula 1 has moved a stage closer to introducing a Sprint Race at select grands prix in 2021 following a meeting of the championship’s senior figures on Thursday.

Formula 1 resurrected plans for a reversed-grid qualifying race at a handful of grands prix for 2020 but the proposal did not receive unanimous approval.

The championship remains keen to modify the race weekend format at a few events but new Formula 1 CEO Stefano Domenicali has dismissed the reversed-grid concept.

A new proposal has been tabled whereby a Saturday Sprint Race, around a third distance of a full grand prix, replaces qualifying at three 2021 events, with the grid set by a Friday qualifying session, in place of second practice.

No concrete details of the precise format, or whether points would be awarded, were published following Thursday’s virtual meeting between teams, Formula 1 and the FIA, but the concept received “broad support.”

In a statement Formula 1 affirmed that “all teams recognised the major importance of engaging fans in new and innovative ways to ensure an even more exciting weekend format.

“A working group has been tasked with creating a complete plan with the aim to reach a final decision before the start for the 2021 Championship.”

Formula 1’s qualifying format has remained largely unchanged since the three-stage session was introduced in 2006.

The concept was tweaked in 2016, with drivers eliminated at 90-second intervals, but the format received widespread criticism and was ditched after two events.