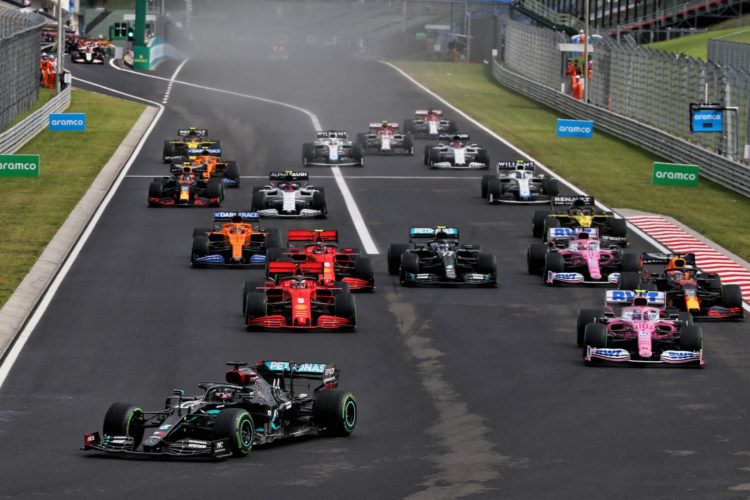 Formula 1’s TV audience suffered a slight dip in 2020, a trait organisers have attributed to a reduced calendar, but enjoyed strong growth on social media platforms.

On Monday Formula 1 revealed that 433 million unique viewers watched grands prix through the 2020 season, which marked a reduction of eight per cent compared to 2019.

However owing to the Covid-19 pandemic there were only 17 events rather than the 21 held in the previous campaign.

Formula 1 chiefs also pointed to the season taking place in Europe and the Middle East, meaning “race times were not always suited to certain markets and the usual audience uplift we see from particular races did not occur.”

The lack of a US Grand Prix, which led to an absence from wider ABC audience exposure, was also cited as a key reason.

The cumulative TV audience reduced from 1.9bn to 1.5bn but officials stressed it “does not reflect a drop off in audiences in general but is a result of fewer races and therefore fewer events to watch on TV.”

Formula 1 was also ostensibly aided by several other major sporting events, most notably the Tokyo Olympics and EURO 2020 football tournament, being postponed.

Formula 1 also noted that the uplift was helped by “new races during the revised 2020 calendar” and that it is “now strongly outperforming other major sports in the digital arena.”

“Last year was an unprecedented time for everyone and Formula 1 had to adapt to the challenges presented by the pandemic,” said Formula 1 CEO Stefano Domenicali.

“We delivered 17 races, something many thought impossible earlier in the year. We did it safely and brought excitement and new races to our fans around the world.

“The audience figures for 2020 show the strength and resilience of our sport. We saw only a marginal reduction in TV audiences, caused by multiple reasons but clearly driven but a shortened and limited geographical calendar compared to 2019, but something every major sport has experienced in 2020.

“We are proud of what we delivered in 2020 and know we have an incredibly strong fan base and audience platform to grow in the coming years.”