McLaren shows off Ricciardo in his new team colours 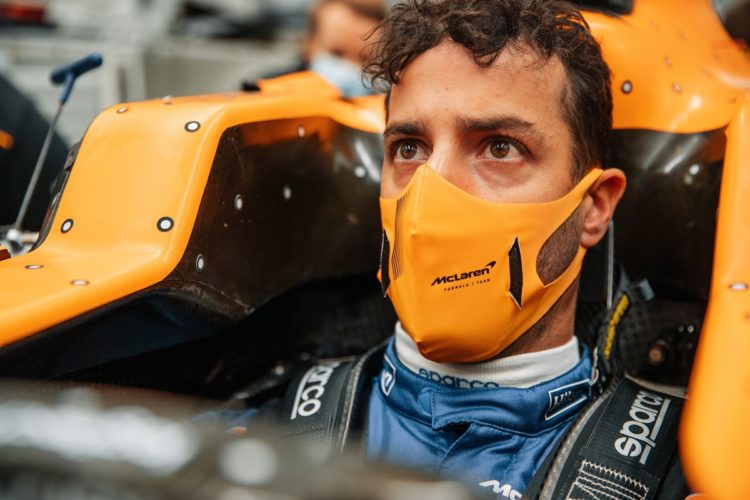 McLaren has shared maiden images of Daniel Ricciardo in his new team colours ahead of the 2021 season, which will be Ricciardo’s first at the Woking-based squad.

Having spent two years at Renault, Ricciardo has signed a deal to join McLaren from 2021 alongside Lando Norris, with its former driver Carlos Sainz departing to join Ferrari.

McLaren ended the 2020 campaign third in the Constructors’ Championship, its best result since the 2012 season.

Ricciardo too enjoyed a successful 2020 season, finishing the year fourth in the Drivers’ Championship, aided by scoring Renault’s first top-three finish of the turbo-hybrid era at the Nurburgring, before bagging a second podium at Imola.

McLaren enters a new era in 2021 as it re-ignites its partnership with Mercedes, who will supply it with power units for the first time since 2014.

The team has already announced that it will launch its car for the upcoming season, named the MCL35M, on February 15 at its Technology Centre in Woking.

Despite stable technical regulations in place from 2020 to 2021 ahead of a big revamp in 2022, McLaren says that due to the switch to Mercedes from Renault engines, it is building “essentially a new car”.

Ricciardo spoke about his highly anticipated move to McLaren alongside Norris, insisting that he is going to the team strictly for business, and warned not that he will not be part of a “meme power couple”.

The upcoming year will be the Australian’s 11th in F1, having joined the grid as a Red Bull junior in 2011, competing half a season with HRT before joining Toro Rosso in 2012.