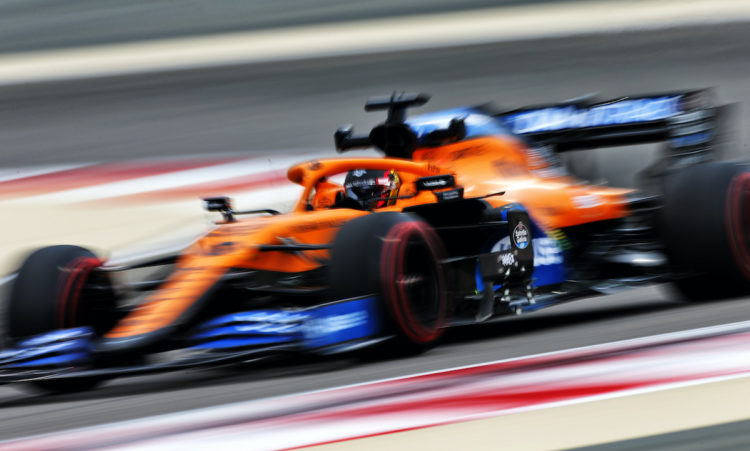 McLaren has faced a more demanding off-season than its rivals ahead of the 2021 Formula 1 season, as the Woking-based team is having to modify its current chassis to work with a new Power Unit.

This has been made more difficult by the fact the current cars have to be carried over, unlike in a ‘normal’ season when the team could simply redesign its car from the ground up to accommodate a different engine.

However McLaren has been offered some leeway under the current development restrictions which could actually give them a slight edge over their competition. The FIA has relaxed some of its homologation rules surrounding the chassis, gearbox, and cooling system – a benefit McLaren’s rivals don’t enjoy – but the team has had to spend both of its available development tokens on its engine change as a result.

A drawback though is the fact McLaren have had to invest a lot of time and effort into its ’21 car, whereas its rivals, which are only making minor modifications, have been able to switch their focus to next season’s major regulation overhaul after the development freeze was lifted on January 1.

McLaren will unveil its MCL35M on February 15. The ‘M’ in the name stands for ‘Mercedes’, while the rest of the moniker is identical to last year’s car.

Despite the waivers granted, McLaren has had to spend both tokens to implement the German manufacturer’s Power Unit. The main changes concern the rear part of the chassis, where the engine mounts have been completely revised.

This was undoubtedly the most difficult challenge for James Key and his colleagues, as they had to ramp up efforts to get the new chassis crash tested to meet the FIA’s homologation deadline in late-December.

Passing the crash test, according to McLaren production director Piers Thynne, is always a milestone for an F1 team, even more so under the current situation.

McLaren will be the only team next season that will have a new chassis. While its rivals will keep the chassis they homologated last year, resulting in a substantial saving of resources, time, costs and development work.

Although the biggest obstacle for the British team was to homologate the new chassis for the MCL35M, the housing of the Mercedes Power Unit involved other mandatory changes compared to the 2020 car.

“The switch to the Mercedes engine resulted in a substantial change in the car’s architecture. The entire layout of the cooling system, the wiring and the electrical system, the control units, and all the engine oil and coolant ducts. The MCL35M will be the first F1 car produced as a whole in an environment protected by COVID-19,” said Thynne.

Very important for McLaren is the TCO (Transitional Carry Over), or those components that can be carried over and used without impacting the seasonal budget cap. McLaren has tried to transfer as many components as possible in this category from the old car to the ’21 one, such as the internal parts of the gearbox (gears) and parts of the suspension system.

The adoption of the Mercedes Power Unit will also greatly affect the rear bodywork. The Renault unit was very demanding in terms of cooling, with McLaren often adopting a fairly wide body at the rear on the MCL35, with very large air vents, which often exceeded the upper triangle of the rear suspension during the hotter races of last year.

We will see if, with the Mercedes Power Unit, the Woking team is able to adopt the Mercedes W11’s much more compact rear.

McLaren is one of the teams that, despite being involved in a tense and close fight for third place in the Constructors’ Standings, spent a lot of the ’20 season carrying out aerodynamic tests in view of ’21.

As we know, 2021 has seen some changes to the technical regulations regarding the floor, diffuser, and rear brake intakes, which will have an overall impact on the downforce, with the FIA aiming for a 10 per cent reduction.

McLaren was one of the first teams to test a new floor that confirms to the new regulations, as early as free practice for the Belgian Grand Prix to see what impact it will have.

Key’s attention has somewhat been focussed on ’21, with the introduction of a new narrow nose during the Tuscan GP to meet the homologation deadline.

The early homologation of the new nose, clearly inspired by Mercedes, was a major success. They wouldn’t have been able to run the concept this year as they would have had to spend tokens they don’t have if they missed that deadline. The narrow nose, with the large flow conveyor of the lower part (known as the ‘cape’) allows a different management of the air flow coming from the neutral area of ​​the front wing. The narrow pylons of the nose better energise the air flow in the central part, while offering a greater passage section to the Y250 vortex, which is formed between the nose and the front wing spoilers.

Aerodynamics aren’t covered by the development freeze and it will certainly be the area in which McLaren will work most on. The MCL35M, at least initially, will not differ much from the aerodynamic concepts seen on last year’s car. The technical prowess shownlast year allowed McLaren to secure third place in the Constructors’ Standings (something that hasn’t happened since 2012), which is why the ’21 car will not undergo aerodynamic revolutions.

The different management of air flows led to several changes to the flow deviators of the bargeboards, updated several times over the course of the past season. An intricate array of aerodynamic elements could become even more complex with the increase in air flow from the front. The bargeboards could be one of those aerodynamic parts that could deviate substantially from last year’s car.

The third place achieved last season brings with it the handicap of reducing the hours spent in the wind tunnel. The FIA for ’21 has adopted a binding system of the runs available for the aerodynamic tests on the bench, benefitting the lower-placed teams. Renault, which came fifth last year, will have 40 weekly runs, equal to 100 per cent of the runs envisaged under the old regulation. (including assembly time of the 1:2 scale model).

McLaren will instead have 38 weekly runs, corresponding to 95 per cent of the overall total, while Williams, which came last, will have 112.5 per cent ​​capacity. The hours in the wind tunnel will be very important in ’21, as the teams will have the task of testing the new ’22 ground effect cars, in which all the engineers will start from a blank sheet.

This ranking will subsequently be updated on 30 June, and the manufacturers’ ranking updated on that date will be valid.