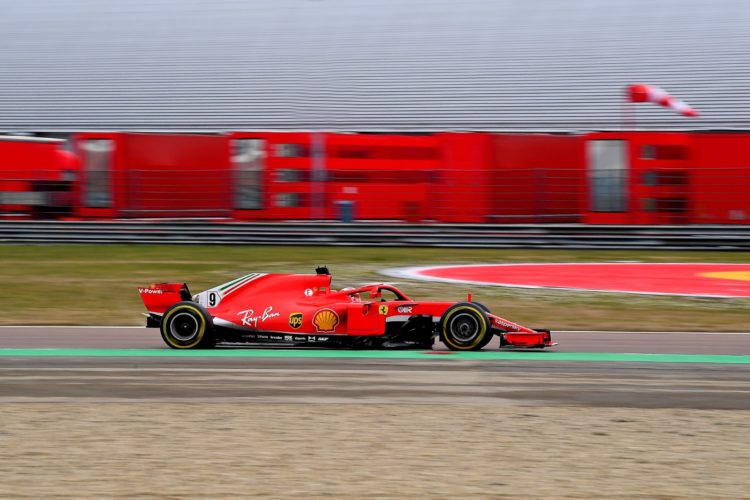 Ferrari protégés Giuliano Alesi and Marcus Armstrong received their first taste of Formula 1 machinery on Monday as the marque began a private five-day test in Italy.

Alesi and Armstrong, along with 2019 Formula 3 champion Robert Shwartzman, had stints in the 2018-specification SF71H in chilly and dry conditions at its Fiorano test track.

Alesi’s run came 30 years after his father, Jean, joined Ferrari’s Formula 1 driver line-up, with the Frenchman running the same #28 that sported the Ferrari 642 in 1991.

Armstrong took over from Alesi before Shwartzman – who tested Ferrari’s 2018 and 2020 cars last year – brought Monday’s proceedings to a close.

Armstrong and Shwartzman will race in Formula 2 this year for DAMS and Prema respectively while Alesi’s 2021 programme has yet to be outlined.

Charles Leclerc is due to test on Tuesday, following his period of isolation after contracting Covid-19, while new signing Carlos Sainz is set for his first experience of Ferrari Formula 1 machinery on Wednesday.

Haas rookie Mick Schumacher and Callum Ilott, who will spend 2021 as Ferrari’s test driver, are scheduled to be in action later in the week.

Formula 1 teams are permitted to undertake private running with cars that are two or more years old, and can only use current-spec cars as part of a filming day.

Pre-season testing, at which 2021 cars will be used, is scheduled to begin in Bahrain on March 12.