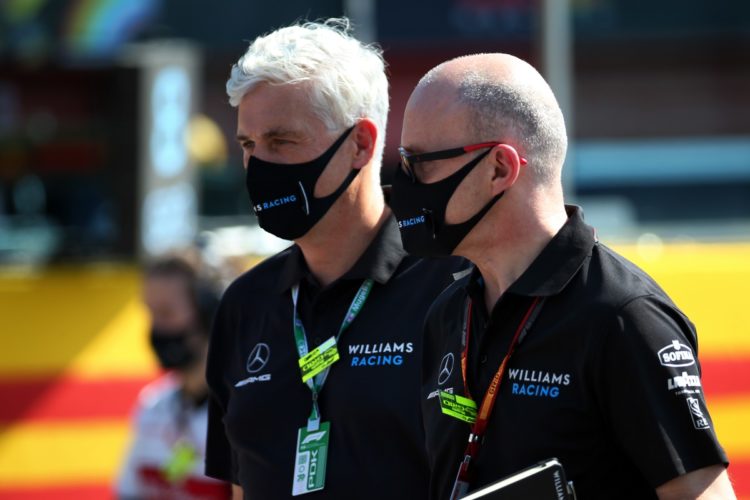 Jenson Button has hailed the new owners of Williams, stating they’re “not afraid of change” as he takes on a senior advisor role with the Grove-based team.

Williams has undertaken a number of personnel rotations in recent months, with Frank and Claire Williams stepping away from their roles at the helm of the squad last year.

New owners Dorilton Capital appointed Simon Roberts as Team Principal, while Jost Capito will join the team next month as the team’s CEO.

Having languished at the rear of the grid for the last handful of seasons, Button has backed the “experienced” senior team members to lead Williams towards the front of the F1 pack.

“The people that are running the team are very experienced, they have some great ideas and there’s a good atmosphere within the team.

“The team has won multiple world championships – obviously things change over time and people come and go. But the core of the team is still there.

“There’s a new sense of optimism, a lot of positive changes for the future. Things don’t change overnight, but they’re on the right trajectory at the moment.

“I can’t wait to go to Grove and spend some time with the drivers, some of the staff, I’ll also be doing some stuff with the grand prix weekends when I’m there.”

Button, who last raced in F1 in 2017, said there was very little chance of him driving the modern Williams car, but was hopeful of getting behind the wheel of one of its older machines.

“But in terms of driving the current car, that’s probably a no. There’s definitely some opportunity to drive some heritage cars.”