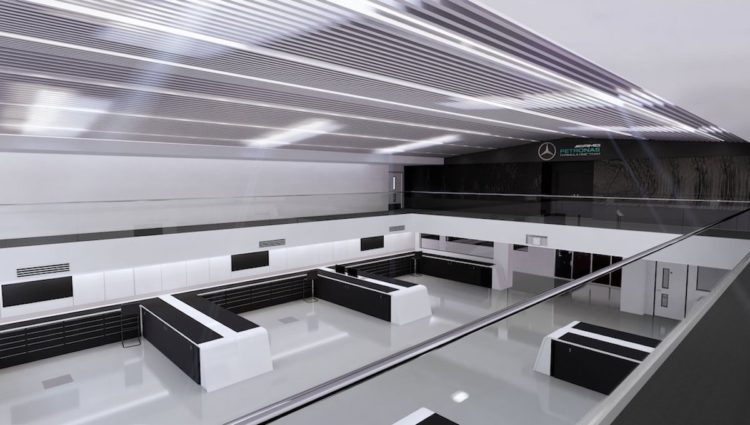 The Mercedes Formula 1 team is moving ahead with a major upgrade to its Brackley factory, replacing the old race bays which have been in place since 1999 – when the team was known as British American Racing.

That team morphed into Honda, then BrawnGP and finally Mercedes. The cars built in the existing race bays have gone on to score 115 wins, 253 podiums, 126 poles, 79 fastest laps and 57 one-two finishes!

But they will be torn out and replaced by new state of the art race bays, which Mercedes showed off in digital form.

“These race bays have seen it all over the years,” the team wrote on Twitter.

“From the euphoric highs, to the deepest lows, to the moments of hope and the moments of head-scratching and ‘where-do-we-go-from-here?’ We’ve gathered there as a Team, in both troubled times and in celebration.”

“But as a wise person once said ‘If you’re not moving forward, you’re falling back!’ And as one chapter in the Team’s history comes to an end, a new and exciting one starts. So here’s a first digital look at our new Race Bays.”