Bottas: ‘I’m not Rosberg, I do my talking on track and race fair’ 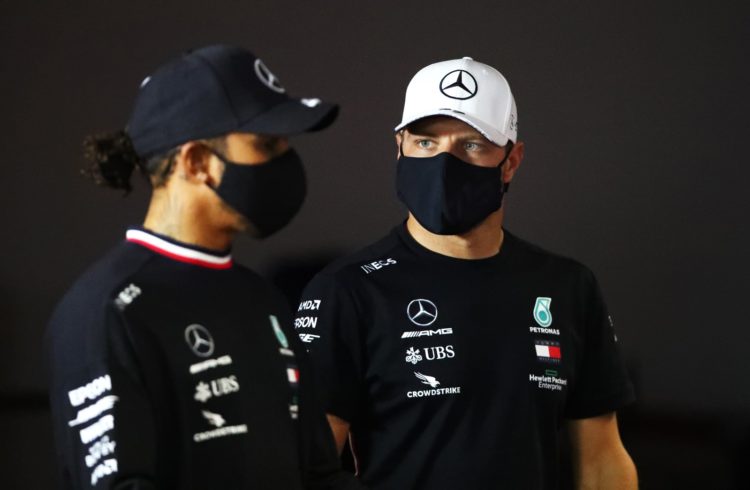 Valtteri Bottas has taken a swipe at the driver he replaced at Mercedes, claiming he “prefers to do the talking on track” by “racing fair”, rather than resorting to mind games – a tactic Nico Rosberg employed to beat Lewis Hamilton to the title.

Bottas has struggled to match Hamilton during their four years together at Mercedes, with the Briton winning the title in each of those seasons whilst the Finn has finished third, fifth and second on two occasions.

Some have suggested Bottas take inspiration from how Rosberg overcame years of playing second best to Hamilton by using mind games to destabilise his team-mate, which eventually saw Rosberg take the title in 2016 by just five points.

Bottas though says that isn’t his style and he prefers to “do his talking on track”, insisting a good atmosphere within the team is more important.

“We know the fact that if we can work together, that’s how the team is going to benefit in the end,” Bottas told Motorsport.com.

“So there’s not going to be any hiding of setups or data or anything. And the team spirit in team sports is underestimated. I think it’s really important that you keep the motivation up, and [avoid] conflicts.

“Of course, along the way, there’s been many people suggest I change to be a Nico Rosberg. But I’m not a Nico Rosberg. I much prefer to do the talking on track and race fair.”

Bottas believes such tactics would only push Hamilton, as he would have learned his lesson from his time as Rosberg’s team-mate.

“I have also been able to get to know Lewis, and I know that there’s no benefit of trying to play with his mind. I’m sure it would be annoying for him, but it would be wasting my energy. And I think he will be getting even more pissed off and drive faster.

“So I think the way I’m doing things, that’s how I want to win. That is my aim.”