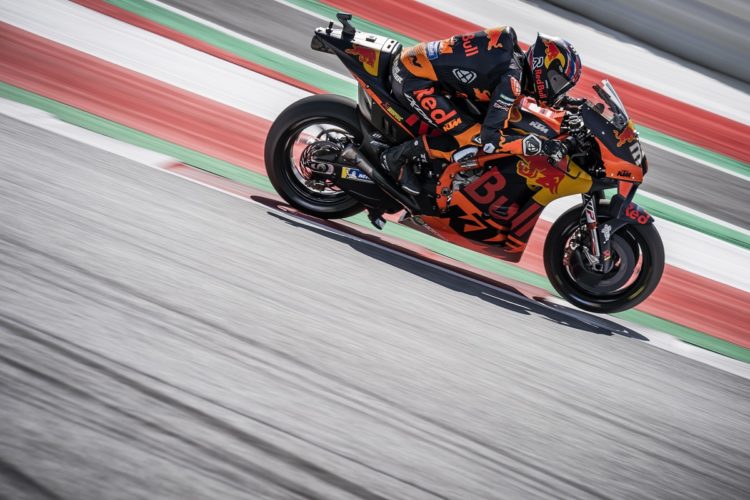 KTM has confirmed that it will remain a part of MotoGP until at least 2026 after signing a fresh five year contract with organisers Dorna.

The Austrian manufacturer stepped up to the premier class on a full-time basis for the ’17 campaign after contesting the ’16 season finale at Valencia with test rider Mika Kallio, having already achieved considerable success in the Moto3 world championship since entering the series at the start of the millennium.

KTM has improved considerably over its four seasons running the RC16 model, Pol Espargaro scoring the brands first rostrum in the ’18 season finale at Valencia before South African rookie Brad Binder scored its first ever victory at Brno towards the start of the Covid-19-shortened ’20 campaign.

KTM Motorsport Director Pit Beirer says the Austrian firm was looking forward to building upon the “four great years” that has established the manufacturer as a front runner, praising the “solid base” built up in the relatively short time frame.

“I’m extremely happy to be able to announce this new five-year contract with Dorna,” said Beirer.

“I want to take this opportunity to thank Dorna especially and Mr Carmelo Ezpeleta and his whole team because we’ve had four great years together already and they are a really professional partner in this important sport.

“After only a few seasons we have put this project on a very solid base, so it is a positive step to continue our MotoGP involvement up to 2026.”

KTM heads into 2021 off the back of its most successful season to date, with Tech 3 satellite squad and ’21 factory rider Miguel Oliveira having added a pair of victories in Austria and homeland Portugal to Binder’s earlier success.

Whilst not scoring a win of his own, departing long-standing rider Espargaro racked up five podium finishes across the year to claim KTM’s highest rider points result of fifth-just four points down on the third placed Suzuki of Alex Rins-while it ended the year fourth in the constructors standings only 21 points down on champions Ducati.

Espargaro elected to switch allegiance from KTM to Honda ahead of the delayed ’20 season-having competed with the marque since its first year in ’17-with the Spaniard being replaced by Oliveira, the Portuguese racer joining sophomore pilot Binder in the factory team.

Joining Iker Lecuona at Tech 3 next year is Ducati refugee Danilo Petrucci, the Italian keen to mount a career resurgence after two largely underwhelming years in red that saw him finish ’20 a disappointing 12th overall, though victories at Mugello and Le Mans in ’19 and ’20 somewhat brightened his Ducati tenure. 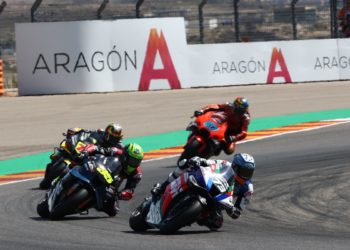 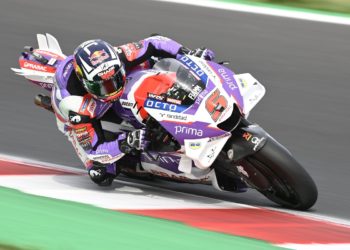 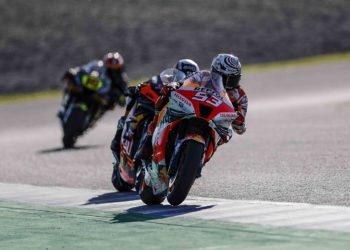 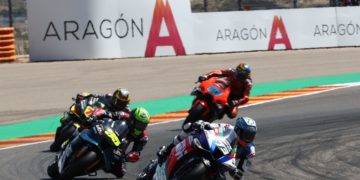 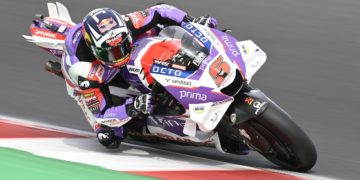