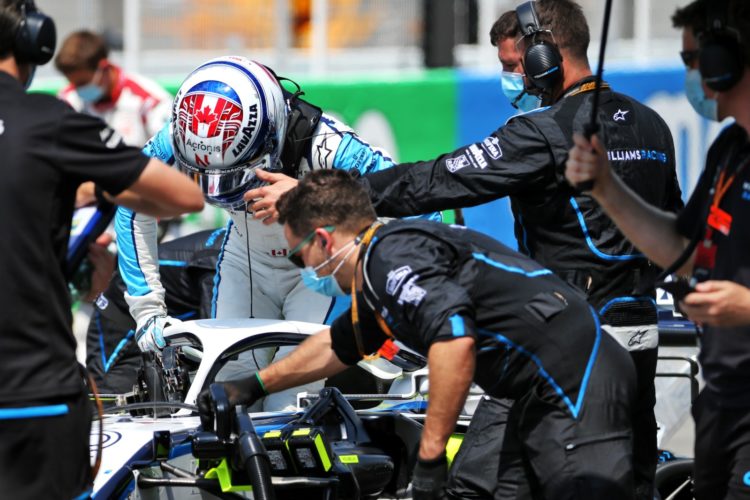 Williams Formula 1 driver Nicholas Latifi has revealed that he came close to withdrawing from last year’s Spanish round after suffering from a bout of tonsillitis.

Latifi stepped up to Williams full-time last season as the sole rookie and finished a best of 11th, which he achieved at the Red Bull Ring, Monza and Imola.

The Canadian will stay on for another campaign with Williams and once more will partner Mercedes-backed George Russell.

In discussing the lowest moments of his rookie campaign Latifi revealed that he was almost forced out of August’s Spanish round due to illness.

“I suffered with tonsillitis [in Barcelona],” Latifi said. “Initially, I was worried I had Covid-19 because I had a mild fever. But after many, many negative tests that was ruled out.

“I felt terrible all weekend. My body was aching and I almost didn’t do the race.

“But I was determined to start, so we agreed [with the team] I would race and I’d return to the pits if my symptoms got any worse.

“Thankfully, as the race progressed I felt a bit better, although my throat was in agony – like a nine out of 10 pain every time I had to swallow.

“I was pleased I still climbed into the car and completed the weekend.”

Latifi went on to classify in a twice-lapped 18th place, ahead of Haas’ Romain Grosjean, in a race in which Ferrari’s Charles Leclerc was the sole retirement.