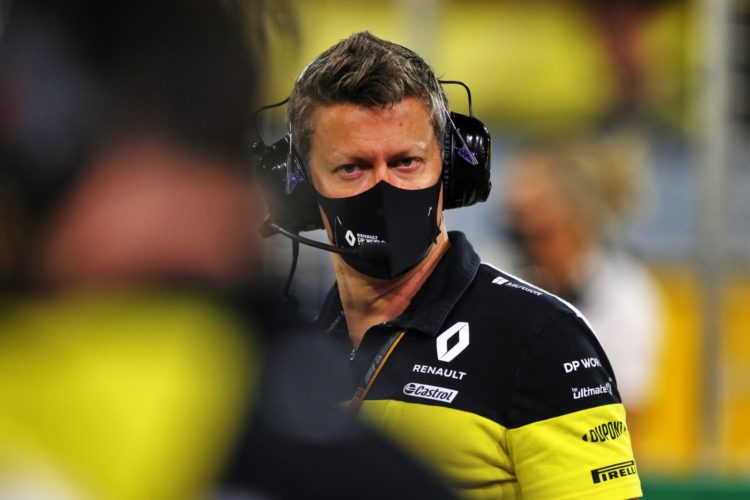 Marcin Budkowski has been appointed as a director at Alpine Racing, filings from Companies House have revealed, following the exit of Jerome Stoll.

It was confirmed in December that Stoll would be stepping aside from his position as Renault Sport Racing’s President after a five-year spell.

Documents show that Stoll’s role was officially terminated on December 31, as expected, and on the same date Budkowski was appointed as a director of the company.

Budkowski joined the team under its Renault guise in 2018 and holds the role of Executive Director at the Formula 1 outfit.

He previously worked for Prost, Ferrari and McLaren prior to a spell at the FIA that culminated in him heading the Technical Department prior to his switch to Renault.

The move coincides with Renault’s transition into Alpine, with Companies House on Wednesday ratifying the name change from Renault Sport Racing to Alpine Racing.

It was confirmed upon the announcement of the squad’s rebranding in September that Cyril Abiteboul, who is also a director of the company, would remain as Team Principal.

Budkowski was the most senior Renault figure present at a handful of grands prix through the later stages of 2020 when Abiteboul opted to focus on the impending switch to Alpine.

The decision to rebrand the Formula 1 team came in the wake of Renault emphasising its commitment to the championship following the appointment of Luca de Meo as its CEO.

Renault’s 2020 campaign was its most competitive season since its full-time return, scoring three podium finishes, though it again finished fifth, having slipped from a high of fourth in 2018.