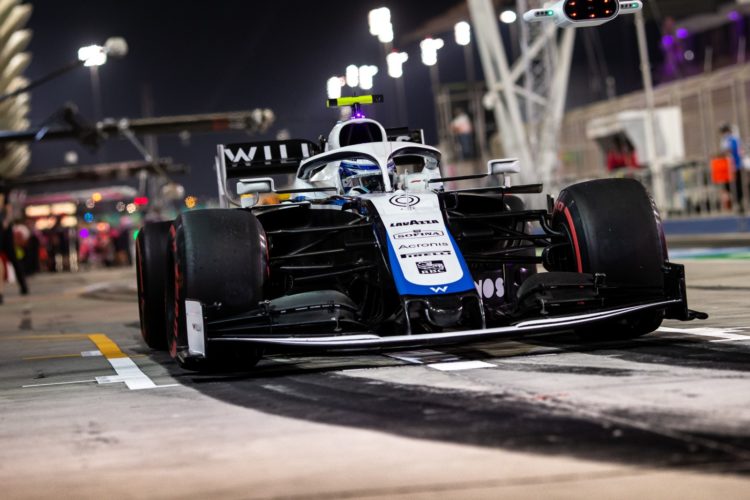 Williams rookie Nicholas Latifi believes the team made gains “unseen or unheard of” in Formula 1 between 2019 and 2020, and expects further progress into 2021.

Williams endured its first point-less season in Formula 1 this year, finishing at the base of the 10-team Constructors’ Championship for a third straight campaign, but was considerably more competitive.

Latifi’s team-mate George Russell made Q2 on nine occasions, regularly out-qualifying Haas and Alfa Romeo, having failed to make it into the second segment at all through 2019.

Latifi finished 11th at three grands prix, with Russell achieving the feat in Williams colours once, only legitimately missing the points through errors or technical setbacks.

“It’s quite remarkable really, the jump we’ve managed to do this year, on some tracks,” said Latifi.

“That’s unseen or unheard of in F1, year-on-year development. If we could even get a little bit more, it would be quite nice and push us a little closer to the midfield battle.”

Latifi expressed confidence that Williams can continue chipping away at that gap through 2021 despite having an eye on the overhauled 2022 regulations.

“I’m confident that we’re going to keep closing the gap, that’s for sure,” he said.

“We know next year the cars are a carry over, so we maybe won’t be able to do as much development as we’d like to if it was just a normal year, especially if it was going into 2022 regulations.

“There’s still a big emphasis on developing the car but fundamentally, the car is the car and still has its inherent weaknesses, through the various and certain parts that are homologated, which you are and aren’t allowed to change, it becomes a bit more difficult to find as much performance as we would want to or like to.

“But there’s definitely still development items, as recent as the previous two races [in Bahrain], there was new parts coming to test, trying to improve the car for next year. We will close the gap, I’m confident of that.”