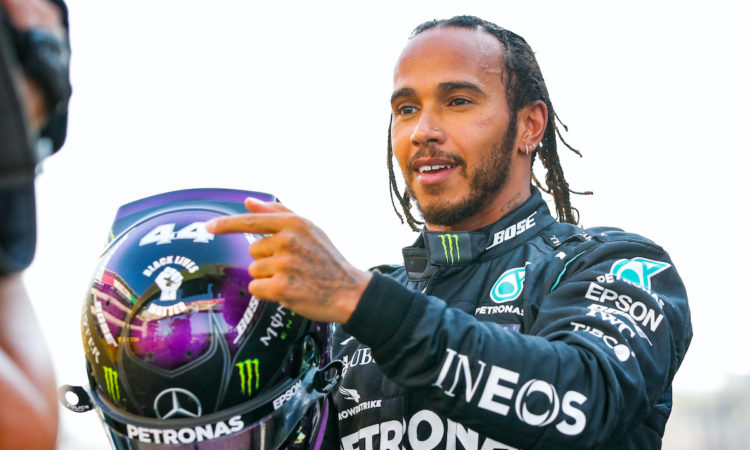 Hamilton officially became the sports most successful driver this year when he surpassed Michael Schumacher’s win record of 91 and matched the German’s title tally of seven.

In a public vote, Hamilton came out top, beating Liverpool captain Jordan Henderson to be crowned Sports Personality of the Year.

It’s the second time Hamilton has won the prestigious award, the first came in 2014 when he won his second Drivers’ title and his first with Mercedes.

“I want to say congratulations to all the incredible nominees,” said Hamilton as he accepted his award over video, with the ceremony done remotely due to the pandemic.

“I’m so proud of what they have achieved and I want to say thank you to everyone that has voted for me. I wasn’t expecting this knowing there’s so many great contenders.

“I want to say Merry Christmas to everyone – it’s been such an unusual year and I want to mention all the front line workers and all the children round the world, I want you to try and stay positive through this difficult time, I’m sending you all positivity. Thank you from the bottom of my heart.”

The 35-year-old is also a four-time runner-up, most recently in 2019 when he lost out to England cricketer Ben Stokes.

Hamilton paid tribute to other winners on the evening, including Captain Sir Tom Moore, who was honoured with the Helen Rollason Award for his incredible fundraising efforts during lockdown, Young Unsung Hero winner Tobias Weller, and Manchester United and England footballer Marcus Rashford, who won a special award.

“There’s so many great stories out there,” added Hamilton. “And so I truly wasn’t expecting it.

“Your heart’s always pumping in those last few seconds when they’re announcing because you have absolutely no idea who was called in. But I am so, so, so grateful to the British public.

“This definitely goes a long way to giving me the best Christmas that I can have given the circumstances.”