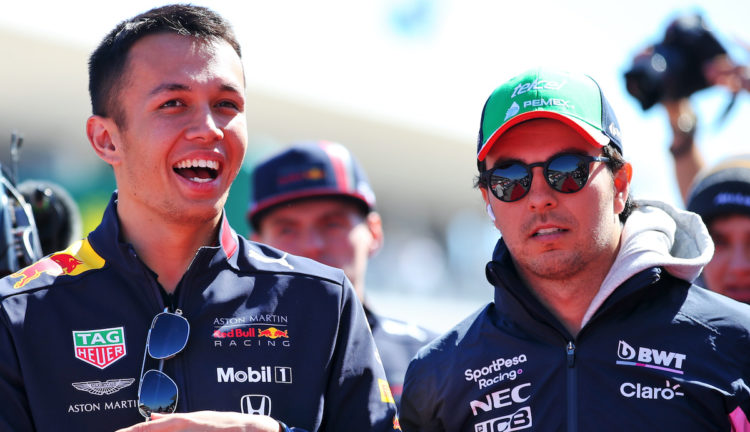 Red Bull Racing has signed Sergio Perez to partner Max Verstappen in the 2021 Formula 1 season, the team has announced, with Alexander Albon retained in a reserve role.

Red Bull’s 2021 line-up had been the source of widespread speculation for several months due to as it deliberated over the form of Albon, who joined the team mid-2019.

The squad delayed making a call until after the conclusion of the 2020 season and it has now decided to sign Sakhir Grand Prix victor Perez as Verstappen’s 2021 team-mate.

It is the first time since 2013, when Mark Webber departed, that Red Bull’s senior team has fielded a driver from outside of its academy.

“Alex is a valued member of the team and we thought long and hard about this decision,” said Red Bull team boss Christian Horner.

“Having taken our time to evaluate all the relevant data and performances we have decided that Sergio is the right driver to partner Max for 2021 and look forward to welcoming him to Red Bull Racing.

“Alex remains an important part of our team as Test and Reserve Driver with a key focus on 2022 development and we would like to thank him for his hard work and contribution.”

Perez made his debut with Sauber in 2011, and was backed by Ferrari, but ceased his connection to the manufacturer when he joined McLaren to 2013.

His time at McLaren was marred by uncompetitive machinery and he lost his seat, instead finding refuge at Force India, where he remained for seven seasons.

Perez claimed regular podiums with Force India and was influential in saving the squad mid-2018, when a company he controlled triggered the administration process that led to the buyout by Lawrence Stroll.

Perez signed a three-year deal in mid-2019 with the rebranded Racing Point outfit but the team opted to sign Sebastian Vettel for 2021, alongside Lance Stroll, leaving the Mexican without a seat.

Potential avenues at Alfa Romeo and Haas swiftly closed and Perez – who claimed a shock win and finished a career-best fourth in the standings – affirmed his options had reduced to either a Red Bull seat or a sabbatical for 2021.

Recruiting Perez for 2021 completes Red Bull’s line-ups at its respective teams after recent confirmation that Yuki Tsunoda will partner Pierre Gasly at AlphaTauri.

Albon will remain within Red Bull’s sphere after taking a reserve role.

Albon, who was a part of Red Bull’s junior scheme in his nascent single-seater days, was re-recruited by the company at the end of 2018 to compete for Toro Rosso.

Red Bull swapped him with the struggling Pierre Gasly in mid-2019 but despite taking two podium finishes he has been unable to get near Verstappen and claimed only seventh in the 2020 standings.