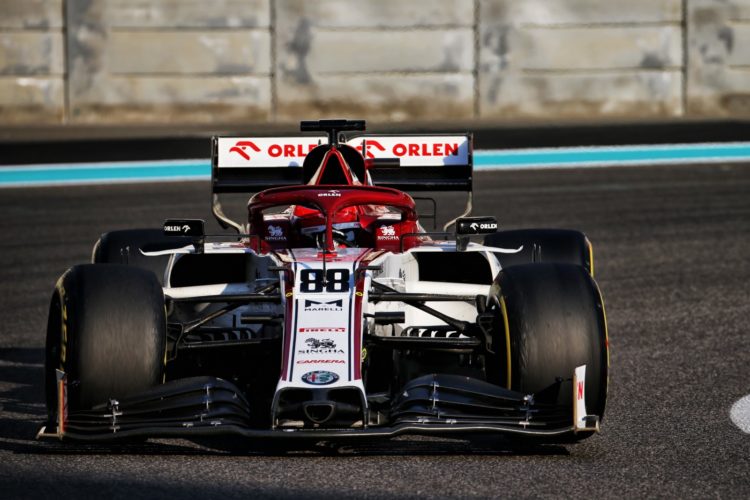 PKN Orlen will continue to act as Alfa Romeo Racing’s title sponsor in the 2021 Formula 1 season, with Robert Kubica set to stay on as test driver.

The Polish company joined Alfa Romeo for 2020 along with the appointment of ex-Williams racer Kubica as test/reserve driver.

Alfa Romeo confirmed in October that it would continue its partnership with the team, which is operated by Sauber Motorsport, for 2021.

On Friday Orlen confirmed that its branding will continue to remain prominent on Alfa Romeo’s car into 2021.

“This best demonstrates the sport has strong growth potential from the sponsor’s perspective.

“We are aptly exploiting this potential in Poland, where our partnership Robert Kubica is helping us to drive retail sales, including non-fuel sales.

“Being the title sponsor of the Alfa Romeo Racing team helps to build the awareness and prestige of the Orlen brand around the world, which in turn facilitates implementation of our business ambitions and competition with global players.”

Alfa Romeo finished eighth in the Constructors’ Championship for a third successive season.

It has retained Kimi Raikkonen and Antonio Giovinazzi as its driver line-up.