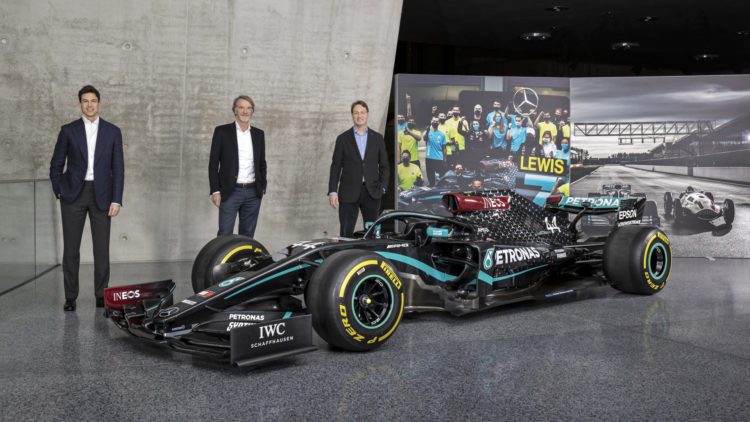 Toto Wolff will remain as Team Principal and CEO of the Mercedes Formula 1 team for another three years with INEOS becoming a one-third shareholder in the team.

On Friday Mercedes announced that a new structure has been implemented, with the Formula 1 operation now owned in three equal parts by Mercedes parent company Daimler AG, INEOS and Wolff.

It means Daimler will reduce its current 60 per cent shareholding while Wolff increases his current 30 per cent stake.

INEOS, the petrochemicals firm, became a primary partner of Mercedes for 2020 and has ramped up its involvement in sporting organisations in recent years.

It acquired the Tour de France-winning Team Sky and also runs Team INEOS in the America’s Cup, as well as having controlling interests in a couple of football teams.

The team will remain the Mercedes-Benz works team and will continue to race Mercedes chassis and power units in the coming years.

As part of the new shareholding structure Wolff will stay on as Team Principal and CEO for another three years and will have the opportunity to move to a new executive function if and when he decides it is right to do so.

“I am pleased to begin this new chapter for the Mercedes-AMG Petronas F1 Team,” said Wolff.

“This team is like a family for me. We have been through so many highs and lows together that I cannot imagine working with a better group of people in this sport – and I am very happy to continue together into this new era.

“This new investment from INEOS confirms that the business case for Formula 1 teams is robust and sends an important signal of confidence in the sport after a challenging year.”

INEOS Chairman Sir Jim Ratcliffe said: “Big challenges are a core part of our mindset at INEOS and our involvement across a number of different sports demonstrates that we always aim for the very best.

“When we entered Formula 1 earlier this year, we chose to do so with a Mercedes team that had set new benchmarks, and since then we have been in discussions about how we could increase our involvement.

“This is a unique opportunity to make a financial investment in a team at the very top of its game, but which still has rich potential to grow in the future.

“We could not wish for better partners than Mercedes-Benz, and a team of proven winners led by Toto.”