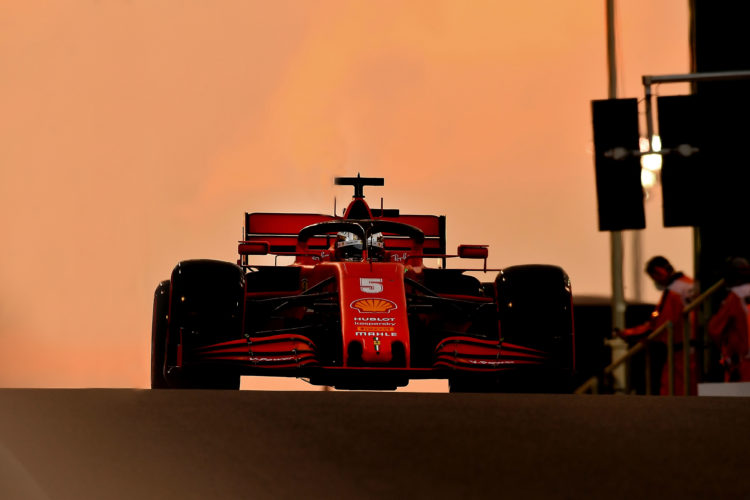 Sebastian Vettel says the fact he was unable to win the world title with Ferrari means he “failed” in his overall target, following the conclusion of his six-year spell at the team.

Vettel joined Ferrari for the 2015 season and the partnership emerged as a title contender under revised aerodynamic regulations in 2017.

Vettel led the standings for a prolonged period through both 2017 and 2018 but in both years eventually finished a distant runner-up to Mercedes’ Lewis Hamilton.

Vettel claimed just one more win thereafter – in Singapore in 2019 – as his and Ferrari’s form worsened, and he finished the 2020 campaign 13th in the standings.

“We had the ambition and target to win the championship and we didn’t,” said Vettel.

“I think it’s just an honest reflection. I don’t think saying it out loud changes anything. We were up against a very strong team, driver combination but our goal was to be stronger than that and in that regard we failed.

“There’s a lot of reasons why but in the big picture… I don’t think it’s unfair, it’s just the truth, nothing wrong with saying it out loud.”

Vettel claimed 14 victories across his six-year stint with Ferrari and pointed to his first win, in only his second start, as one of the most memorable moments.

“The first win stands out as special, so Malaysia ’15,” he said. “The race in Monaco in ’17, winning in Monaco is always special. Probably the win in ’18 in Canada.

“Obviously we have a couple of wins to choose from, not enough, but still a couple to choose as emotionally high moments.”