Tsunoda confirmed at AlphaTauri for 2021 season 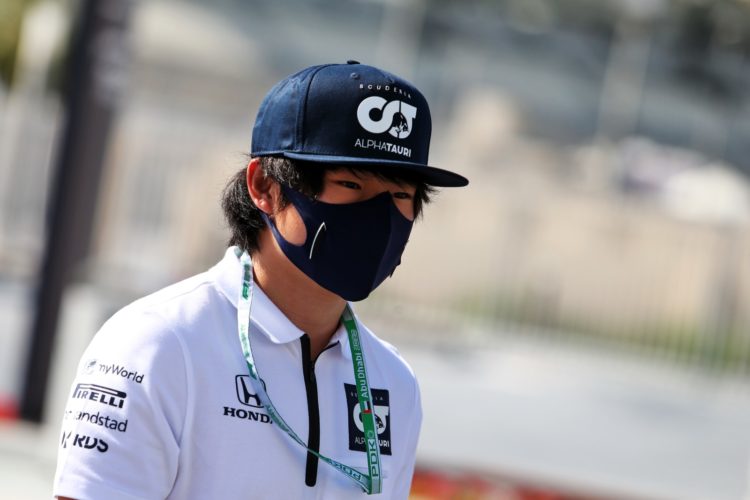 Yuki Tsunoda will race for AlphaTauri in Formula 1 next season, the team has confirmed, bringing to an end Daniil Kvyat’s third spell at the team.

Tsunoda has made rapid progress through junior formula, winning the Formula 4 title in his native Japan in 2018, before moving to Europe for 2019 after picking up backing from Red Bull and Honda.

He finished ninth in Formula 3 with the unfancied Jenzer squad and this year claimed third overall in Formula 2, as best rookie, just 15 points down on champion Mick Schumacher.

Tsunoda’s graduation to Formula 1 has been expected for several months and the Japanese youngster has recently ramped up his involvement with AlphaTauri.

Tsunoda tested the team’s 2018-spec car at Imola in early November and was embedded within the team at the Abu Dhabi Grand Prix following the conclusion of his Formula 2 campaign.

He tested the team’s 2020 car, the AT01, during post-season running on Tuesday.

He will be the first driver born in the 2000s to race in Formula 1 and the first Japanese representative since Kamui Kobayashi.

“Like most racing drivers, it has always been my goal to race in Formula 1, so I am very happy with this news,” said Tsunoda.

“I want to thank Scuderia AlphaTauri, Red Bull and Dr. [Helmut] Marko for giving me this opportunity, and of course everyone from Honda, for all their support so far in my career, giving me great opportunities to race in Europe.

“I must also thank the teams that I have raced with to get to this point, particularly Carlin, with whom I have learned so much this year. I realise that I will be carrying the hopes of a lot of Japanese F1 fans next year and I will be doing my best for them too.”

Tsunoda will join Italian Grand Prix victor Pierre Gasly at the Faenza-based team, taking the spot of Kvyat, who has had three spells with the team across 2014, 2016/17 and 2019/20.

Kvyat started more grands prix for Toro Rosso/AlphaTauri than any other driver and claimed a best finish of third with the squad at the 2019 German Grand Prix.