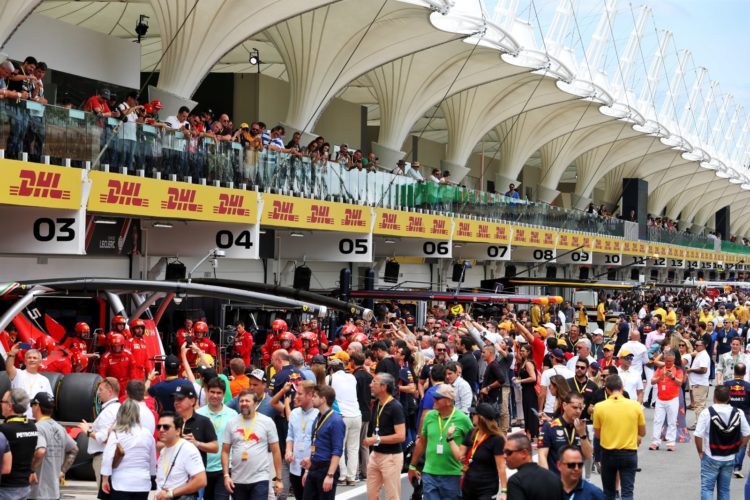 Formula 1 has confirmed that a new five-year deal has been agreed for the championship to remain at Interlagos, with Brazil’s event renamed the Sao Paulo Grand Prix.

The future of Formula 1’s event in Brazil had been mired in politics for several years amid ill-feeling with Interlagos’ promotor and a push by the country’s government to move the event to Rio de Janeiro.

Last month the mayor of Sao Paulo revealed a new deal had been agreed in principle with Formula 1’s commercial rights holder Liberty Media but that a contract still had to be signed.

On Wednesday it was confirmed that a five-year deal, keeping the championship at Interlagos through 2025, has been reached and signed-off.

As part of the revised arrangement the event will be called the Sao Paulo Grand Prix in deference to the prefecture in which Interlagos is located.

In another development Brasil Motorsport, a company owned by Abu Dhabi-based investment entity Mubadala, has taken on the promotion of the event.

“Brazil is a very important market for Formula 1 with devoted fans and a long history in the sport,” said Formula 1 Chairman Chase Carey.

“The race in Brazil has always been a highlight for our fans, the drivers and our partners and we look forward to providing Formula 1 fans with an exciting race at Interlagos in 2021 and over the next five years.”

Formula 1’s Brazilian round has been held at Interlagos since 1990 though the 2020 event was one of many cancelled due to the Covid-19 pandemic.