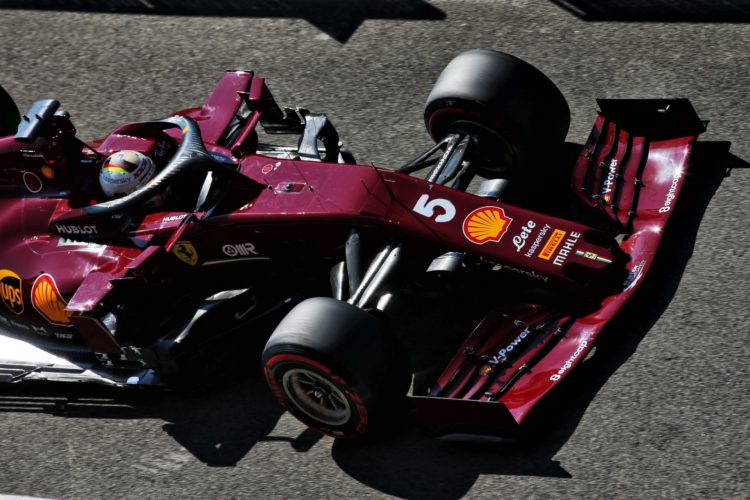 A 2020 showcar produced by Ferrari for the Tuscan Grand Prix has sold at auction for over €1m.

Ferrari produced a replica of the SF1000 in order to mark its 1000th championship event, which took place at its home circuit, Mugello, in September.

The showcar was constructed specifically for an event which took place in Florence as part of the weekend’s activities.

It was signed by 2020 race drivers Charles Leclerc and Sebastian Vettel and dressed in the tweaked livery that drew inspiration from the 125 F1 that was used in the inaugural championship season in 1950.

The showcar does not feature an engine, gearbox, brakes or electronic systems and was not designed to be run – instead only meant for static display.

The showcar was part of an auction lot that featured memorabilia from this year’s Tuscan Grand Prix.

A pair of overalls worn by Charles Leclerc sold for €63,600 while a rear wing endplate signed by both drivers went for €27,000.