In photos: F1 youngsters, and Alonso, in Abu Dhabi action 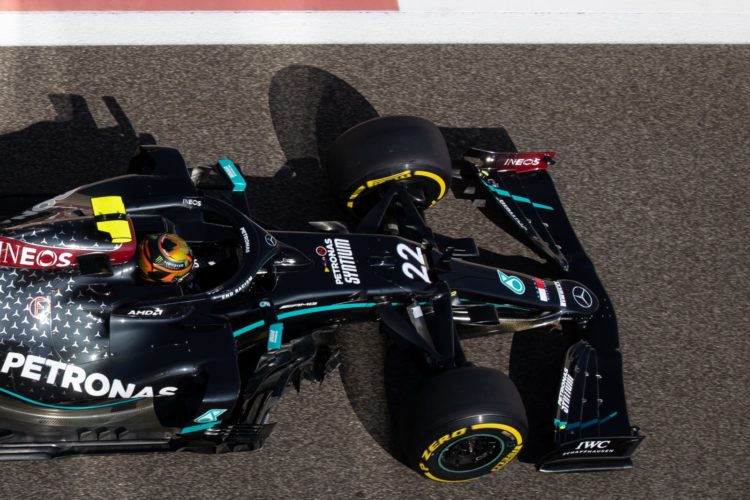 Formula 1’s post-season test in Abu Dhabi is underway today (Tuesday), with 15 drivers representing eight teams, as the curtain falls on the 2020 campaign.

Mercedes reserve driver Stoffel Vandoorne was under consideration to race in Bahrain if George Russell could not be released from Williams. He finally got his chance behind the W11 in Abu Dhabi.

Red Bull’s two cars are being driven by youngster Juri Vips, who will race in Formula 2 next year, and the team’s long-term test driver Sebastien Buemi, who raced for Toro Rosso between 2009 and 2011.

Renault lobbied for Fernando Alonso to take part – and he got up to speed in the R.S.20.

Renault’s Chinese test driver Guanyu Zhou has also been racking up mileage in the team’s R.S.20.

Last year’s Formula 3 champion, Robert Shwartzman, finished fourth in this year’s Formula 2 standings and will remain in the series with Prema into 2021.

Ferrari’s simulator driver Antonio Fuoco has had several outings in its Formula 1 machinery and he again got some real-life action in order to help with correlation.

Yuki Tsunoda is poised to be confirmed as Daniil Kvyat’s replacement at AlphaTauri for 2021 and Formula 2’s top rookie gained more experience behind the wheel on Tuesday.

AlphaTauri also handed a test outing to Marino Sato, no relation of Takuma, following the conclusion of his Formula 2 campaign.

Robert Kubica has undertaken test duties with Alfa Romeo this year, running in several FP1 sessions, and he had another outing in the C39.

Ferrari-backed Callum Ilott finished runner-up in Formula 2 this year and returned to Alfa Romeo, having previously tested for the team in Barcelona last May.

Roy Nissany joined Williams as a test driver for 2020 and participated in a handful of practice sessions this year with the team.

Jack Aitken made his grand prix debut in Bahrain, in place of Mercedes-bound Russell, and once more had track time in the FW43 in Abu Dhabi.