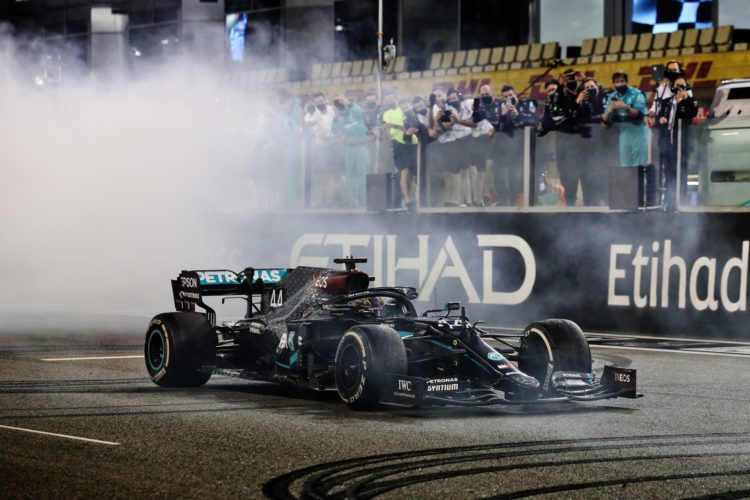 Hamilton returned to action in Abu Dhabi having missed the second Bahrain round in the wake of testing positive for Covid-19.

“Just in terms of physically, massively yeah, I don’t think I’ve ever been so blown,” he said.

“My body isn’t feeling great but look on the bright side, I made it through.

“I didn’t think any time last week that I would be here. So, I am just truly grateful for my health and to be alive.

“I’m looking forward to recovering over the next period of time we have and being back into training and getting my body back to where I know it should be.”

Hamilton accepted that Mercedes lacked the overall speed to pose a challenge to Verstappen in Abu Dhabi.

“Well, you can’t win them all, so, I mean, I think considering the past couple of weeks that I’ve had, I am really, generally, happy with the weekend,” he said.

“It’s obviously not 100 per cent, it’s not as good as I’d perhaps have liked but congratulations to Max.

“Big, big thank you to the team for their continued support. It’s still a fantastic result to get two podium finishes for us.”