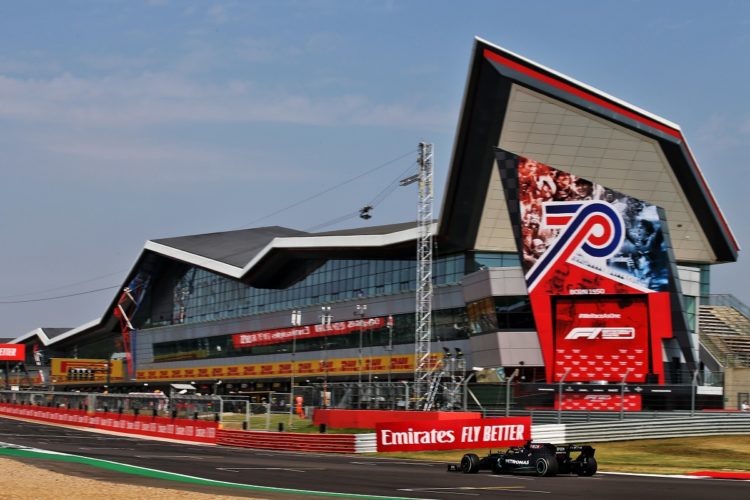 Silverstone, the home of the British Grand Prix, has renamed the International Pits Straight after seven-time World Champion Lewis Hamilton to honour the Briton’s success and achievements in Formula 1.

The stretch of track, which contains the start/finish line, will now be called the Hamilton Straight and becomes the first part of the famous race circuit to be named after a driver.

He also became F1’s most winningest driver after surpassing Schumacher’s 91 wins at the Portuguese Grand Prix.

The British Racing Drivers’ Club (BRDC), who own the Silverstone Circuit, said that it “felt this unique honour was an appropriate way to recognise Lewis cementing his position as the most successful driver in the history of Formula 1”.

Hamilton also holds the record for the most race wins at Silverstone, taking to the top step on seven occasions in his career, including at this year’s British Grand Prix.

BRDC President David Coulthard said: “I was delighted, in my capacity as President of the BRDC, to share this news with Lewis today.

“It is the first time in Silverstone’s history that a part of the circuit has been named after any individual.

“Lewis has become a huge part of this history and the directors of the Club and I felt there was no better way to mark this than to rename the iconic pits straight in recognition of his record-breaking achievements.”

Silverstone was the home of the very first F1 World Champion race in 1950, and hosted the British Grand Prix in the 1950s through to the 1980s on rotation, first with Aintree and then with Brands Hatch.

Since 1987, it has been the sole venue of the British GP, with Hamilton taking his first home win in 2008, the year of his maiden Championship title.