Hamilton not yet at 100 per cent after ‘nasty virus’ 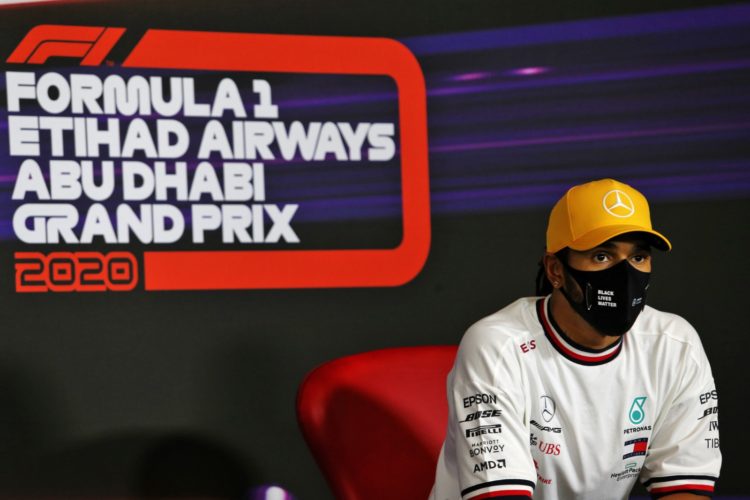 Lewis Hamilton says he is not yet at 100 per cent fitness after returning to Formula 1 action in the wake of contracting Covid-19.

Hamilton tested positive for the virus on November 30, the day after the Bahrain Grand Prix, and missed the following round at the same venue.

Hamilton tested negative on Thursday and was cleared by the relevant authorities to travel to Abu Dhabi for the season finale at the Yas Marina Circuit.

He went on to qualify in third position on Saturday evening, behind Max Verstappen and Valtteri Bottas, albeit within a tenth of the Red Bull driver.

“I don’t want to necessarily want to go into too much detail of it all,” he said.

“But like I said already back in Australia, just how serious the virus is, and I can really feel for those who have suffered from it and those who have lost ones from it, I can understand how because it’s a nasty virus. I’m not 100 per cent.

“I still have some feeling within my lungs but nonetheless, normally I would drive if one of my arms was hanging off. That’s what we do as racing drivers and luckily that’s not the case.

“It definitely won’t be the easiest of races physically but I will manage and give it absolutely everything I have.

“One of the symptoms is that it really drains you. So I’ve been trying to sleep as much as I can but recharging is not as easy as it has been in the past.

“I lost a good amount of weight just in that week so I’m not 100 per cent the same as I was the last time I raced, but it’s by no means going to get in the way of me coming out and giving it my all tomorrow.”