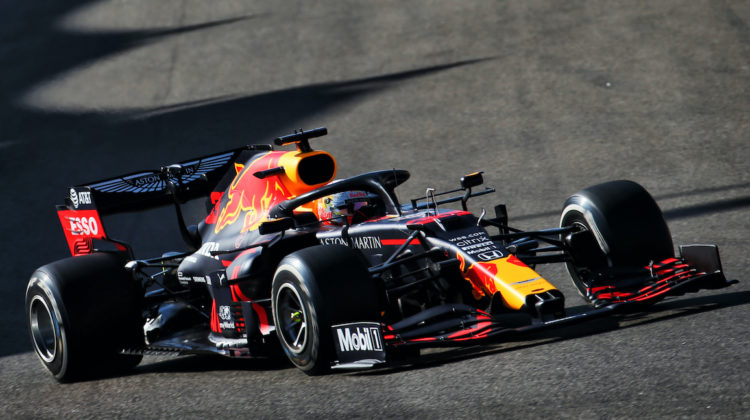 Red Bull is preparing to conclude a very active 2020 season from a technical point of view, having probably made the most aerodynamic changes over the course of the last few races with a view to 2021.

It was expected that the Adrian Newey-designed car would deliver more than it has this season, with the aim of fighting for the win every weekend, putting it on a par with Mercedes. Yet once again the Brackley team have annihilated the competition, and Red Bull’s haul includes a series of podiums from Max Verstappen, and just the only victory at F1’s 70th anniversary GP at Silverstone.

In the second half of the season Red Bull has gradually closed in, with small but continuous and constant updates to the RB16. A series of retirements due to accidents or reliability (Austria, Monza, Mugello, Imola), or races thrown away due to driver errors, in which the potential expressed by the Milton Keynes’s car was equal to, if not greater than, the Mercedes W11 (for example Turkey).

The team is very much focussed on next season and in Sakhir last weekend and on Friday in Abu Dhabi, it has run updates that confirm to next years rules, therefore very much running a 2021 version of its car during free practice sessions, with a new rear wing was tested on the RB16, with a single central support pylon to support the wing profile, and which at the base incorporates the central exhaust of the Honda Power Unit. Since this year Red Bull has always used the double-pylon solution on the RB16, like Mercedes and Ferrari, changing its philosophy with respect to past seasons, in which it has always used the single pylon.

In official sessions we then returned to the standard solution, to then carry out further aerodynamic tests with the single-pylon wing in free practice at the Abu Dhabi GP. More than an overhaul to the 2019 solution, it is a real improvement, especially in the lower area, where the support wraps around the central exhaust.

Analysing the exhaust area, also the wastegate extractors returned to a configuration similar to the RB15 at the beginning of the year, starting with the Turkish GP, in which they were moved below the suspension triangle.

Over the past season, the Anglo-Austrian car has made changes to the wastegate exhausts, seeking a high-pressure hot air blow, just below the large vacuum field generated by the rear wing. Obviously the advantages obtained from this aerodynamic choice did not bring the desired results, and in Istanbul there was a return to a choice more similar to past seasons.

This new solution was immediately confirmed, and never again set aside with both Verstappen and Albon running it. In fact, in the early 2020 configuration, the wastegate drains were placed in a higher position, just to the sides of the central drain, and within the area between the two support pylons. In the post-GP Turkey configuration, the wastegate exhausts moved to an external position to the two vertical supports of the rear wing, and to the sides of the deformable structure. In all likelihood, this technical layout will be confirmed with a view to RB17 in 2021.

Also with a view to 2021, Red Bull in Abu Dhabi has tried again the diagonally cut floor, which will respect the aerodynamic constraints imposed by the FIA for next season. To reduce the aerodynamic load by about 10 per cent, and compensate for the performance step that the 2021 cars will have compared to the current ones, the FIA ​​has changed the dimensions that the floor must have in the area adjacent to the rear wheels, with a reduction of the surface in diagonal, effectively abolishing all the loopholes and slots. Red Bull in Yas Marina has again carried out a data collection with a 2021 pre-configuration of the floor, after having carried out a first test already in free practice in Portimao.

It will be interesting to see if the diffuser in the 2021 configuration will also be tested in Abu Dhabi, with the reduction of 50mm from the reference plane of the vertical strips under the extractor to reduce the ground effect. In this regard, Ferrari has already tested a diffuser in 2021 configuration in Portugal, while Red Bull has only seen itself working on the data collection of the flat floor.

The 2020-21 development work carried out in the last few races has not focused only on the rear, but also the front axle, which has been the subject of technical innovations, in which the aerodynamics of the Milton Keynes team have made updates throughout the second half of the year.

Finally, an important evolutionary step in the Turkish GP arrived in the season finale, in which Max Verstappen’s Red Bull RB16 was equipped with a new front wing, with micro-aerodynamic changes in various elements. The new front wing was then confirmed in the two practices in Bahrain also for Alex Albon, with positive feedback from both drivers.

The main change is to the management of the Y250 vortex, generated by the extremities of the cantilevered flaps of the wing. Compared to the old configuration, the new wing has all the flaps separated from the main plane, in which the same large blowing of the main profile does not close in the central area.

Added to all this is a modification to the endplate of the side bulkhead, in which a small element (vortex generator) has been added to better accompany the flow outside the front wheel. In this area Red Bull has repeatedly intervened with aerodynamic adjustments, trying to manage the air flow that envelops the outside of the front wing even at a microscopic level, and reduce the effect of resistance generated by the front tire.

The aerodynamic package of the front end was completed with the modification of the flow deviator under the nose (known as the “cape”), which, again in Istanbul, sees the presence of two blow holes (one on each side) in the flat part of the carbon element. The aerodynamic research has gone in the direction of the study of the flows that pass under the frame, and to increase the air flow that passes under the body, these two slots have been added, in a solution that still remains unique within the circus.

Adrian Newey at an aerodynamic level is never trivial, and always seeks innovative solutions, which seek to limit the management of the air flow that crosses the various aerodynamic surfaces.