Russell and Aitken in limbo as F1 waits for Hamilton 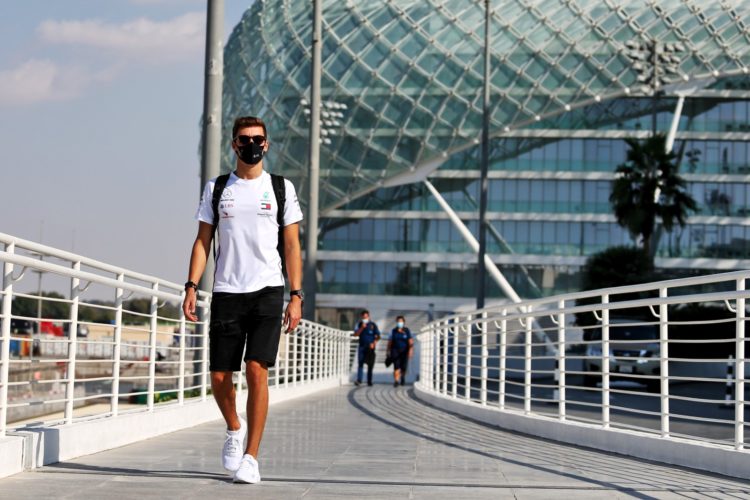 George Russell and Jack Aitken are preparing for this weekend’s season-ending Abu Dhabi Grand Prix as normal despite uncertainty over the current status of World Champion Lewis Hamilton.

Hamilton is not yet present at the Yas Marina Circuit as he continues his recovery from Covid-19, and his participation in this weekend’s event, the last of the 2020 season, is uncertain.

Mercedes on Wednesday outlined that it is doing “everything it can” to ensure Hamilton can drive in Abu Dhabi but that his health is the primary priority.

It is understood that Mercedes is awaiting the results of Hamilton’s Covid-19 tests before firm plans can be made.

Russell conducted media duties on behalf of Mercedes at the Yas Marina Circuit on Thursday while Aitken continued to fill in for his compatriot at Williams.

Under Formula 1 regulations drivers can join a grand prix weekend as late as qualifying, as happened to Nico Hulkenberg in Germany, and still participate in the race.

“For now we are going ahead as planned and if Lewis returns with a negative result he will be back in the car,” said Russell.

“[I’m doing] all the prep as normal. I was here this morning, working through with the engineers, Bono and the guys, treating everything as if I will be driving the Mercedes this weekend.”

In the event that Hamilton is cleared to compete then Russell will return to Williams, in turn leaving Aitken watching on from the sidelines.

“Obviously I’d love to be back in the car because I’ve made some big steps, this weekend would be even stronger,” said Aitken.

“But I just have to wait and see what the confirmation will be.

“I’ll be a bit disappointed if I don’t get to drive after getting all hyped up and prepped for it, but equally there’s no reason not to prepare, I should be as prepared as I possibly can be.

“I’m using today, yesterday and all the time I have to make sure I’m ready. If I get the nod, we’ll be in a good position.”