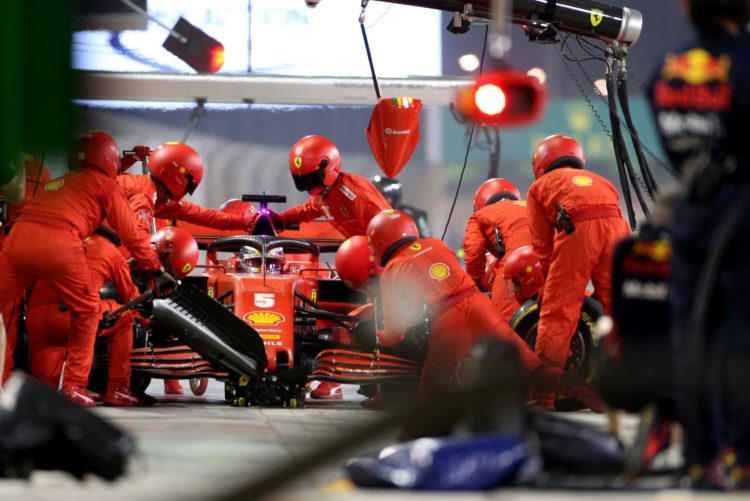 Ferrari says it has identified a problem associated with the wheel nut and hopes to remedy a fix for 2021 after accepting it has suffered several pit stop failures this season.

Ferrari has explained that it considers any pit stop longer than 3.5 seconds “a serious failure” and that 22 per cent of its stops have exceeded that figure this year.

“It’s true that the number of stops over 3.5 seconds is too high by the Scuderia’s past standards, but the vast majority of times that there has been a less than optimal stop, it has been down to a specific problem linked to the wheel nut,” said Diego Ioverno, Ferrari’s Vehicle Operation Engineer.

“The thread is not strong enough and so the nut has stripped several times.

“It’s a reliability problem we are working hard on to fix for next year.”

Ioverno accepted that the inherent issue has affected Ferrari’s mechanics and that it is an area it needs to address for 2021.

“When the guys feel, even unconsciously, that they are using a component that is more at risk, with a margin of error for engaging the wheel-gun that is much smaller, that has a negative effect on the whole procedure,” he said.

“That can be seen from the fact that for us, an average time for a good pit stop is 2.73 seconds, which means there is room for improvement there too.

“It should be pointed out that our pit crew is relatively new as part of the significant changes we have introduced over the past two years, both for the crew itself and on the organisational side.

“The best teams are the ones that have used the same crew for several years.

“Apart from reliability, we also need to work on this area, both through specific training sessions and psychological and physical training and that will be another priority over the winter in preparation for 2021.”