Haas ‘has work cut out’ with 2021 signing Mazepin 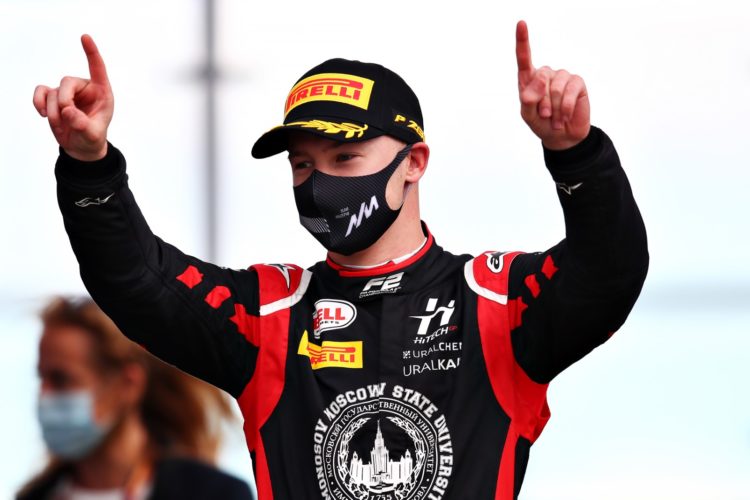 Haas team principal Guenther Steiner quipped he “has his work cut out” when Nikita Mazepin joins in 2021 but stressed his Formula 2 antics are “part of learning.”

Haas confirmed last week that occasional Mercedes and Force India tester Mazepin will step up to Formula 1 with the team in 2021, alongside newly-crowned Formula 2 champion Mick Schumacher.

Mazepin picked up four penalty points in Saturday’s Formula 2 Feature Race in Bahrain for his defensive driving, firstly against Yuki Tsunoda and then while scrapping with Felipe Drugovich.

It brought his penalty points total to 11, leaving him just one point clear of a potential race ban in the secondary championship.

He was also handed two five-second time penalties, the impact of which dropped him to ninth, having originally finished on the podium.

“I’ve seen the F2 race, he got the penalty, but I think it is part of learning, for sure we have got our work cut out I guess,” said Steiner.

“We need to learn from this and see that these mistakes are not done.

Mazepin finished fifth in the Formula 2 championship, sealing enough points for a Formula 1 Super Licence, though Haas signed the Russian before he secured the required position.

Steiner accepted it was a risk but stressed Haas always had confidence in Mazepin’s ability.

“When we signed him we knew that there was a little possibility that he couldn’t make it but in the end you take some risks and if we don’t get there we cross that bridge when we get there,” he said.

“I was very confident that he would get it done and for sure if he had an accident and couldn’t drive it would have been difficult, but we decided to take a little risk and in the end it worked our way.”