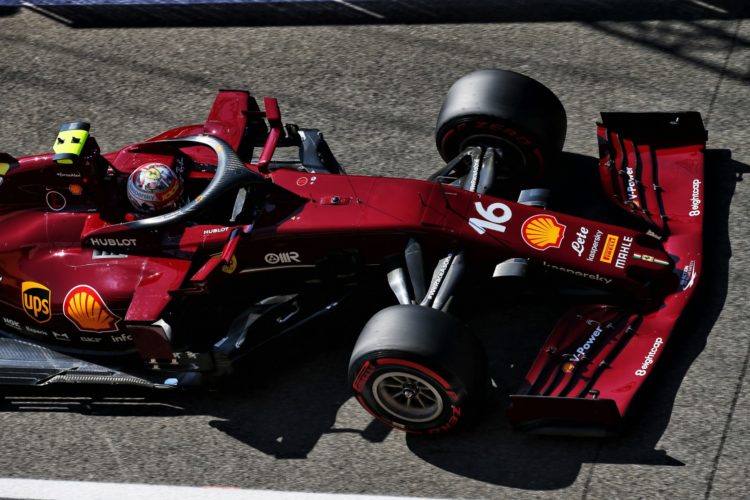 Ferrari has put a replica of its 2020 Formula 1 car, the SF1000, up for auction, along with other memorabilia affiliated with the Tuscan Grand Prix.

Ferrari celebrated its 1000th Formula 1 round at its home circuit, Mugello, in September, with the SF1000 dressed in burgundy red for the weekend.

The showcar, which was built for a celebratory event which took place in Florence, has been signed by race drivers Charles Leclerc and Sebastian Vettel.

A second replica will go on display at Ferrari’s museum in Maranello.

The showcar is part of an auction, organised by RM Sotheby’s, which began on Monday and will run until this weekend’s Abu Dhabi Grand Prix.

The race suit and gloves worn by Leclerc, Vettel and Mick Schumacher at the Mugello round will also be auctioned, as will two rear wing endplates and 2021 experiences with Ferrari.

“Ferrari is unique in being the only team to have taken part in every season of the Formula 1 World Championship,” said Team Principal Mattia Binotto.

“This year it reached the historic milestone of competing in its one thousandth Grand Prix, which was held at the company’s home track of Mugello.

“For the occasion, the cars raced in a special livery, featuring the colour used on the first Ferrari car built in Maranello.

“We chose to commemorate this event by producing two show cars, one of which will be auctioned through RM Sotheby’s.

“It is an amazing opportunity to acquire a piece of history relating to the most successful team in motor racing’s blue riband category.”