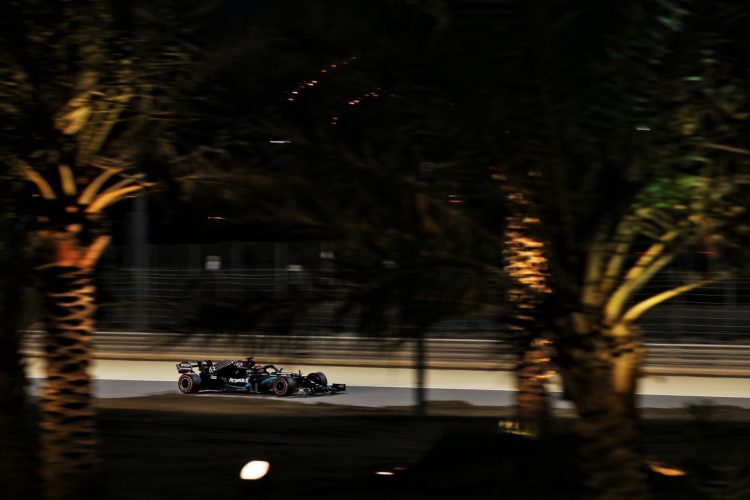 George Russell’s outing at the Sakhir Grand Prix proved that he has the qualities of a Formula 1 World Champion, according to the sport’s Managing Director Ross Brawn.

Russell came close to taking his first F1 victory on his Mercedes debut as he subbed for Lewis Hamilton, who returned a positive Covid-19 test last week.

After missing out on pole position by an agonising gap of 0.026s, a number of occurrences sabotaged Russell’s route to victory on Sunday, including being given Valtteri Bottas’ tyres during a pit stop and a late-race slow puncture.

Despite the disappointing result at the chequered flag, Brawn believes Russell showcased that he is a World Champion in the making.

“George should be very positive about this weekend, despite the disappointing final result,” Brawn wrote in his post-weekend column.

“He delivered an exceptional performance in pretty challenging circumstances. I always thought he was a good grand prix driver.

“We’ve commented in this column before how good he has looked, but you never know if he has that last little bit of speed that marks you out as brilliant driver.

“George demonstrated that he has got that extra little bit – and a star is born.

“There is now no doubt that he’s F1 world champion material. He didn’t make any mistakes in a challenging situation and all the problems were the team’s, not his. And he drove impeccably until he had the win taken away.

“He will be very frustrated not to have won but I don’t think he should be. He’s registered on the scale now. Any doubts anyone had, will be gone. Clearly he’s exceptional.”

Mercedes has not yet indicated if Russell will remain with the team in Abu Dhabi, or if Hamilton will make his return for the final race of the season.