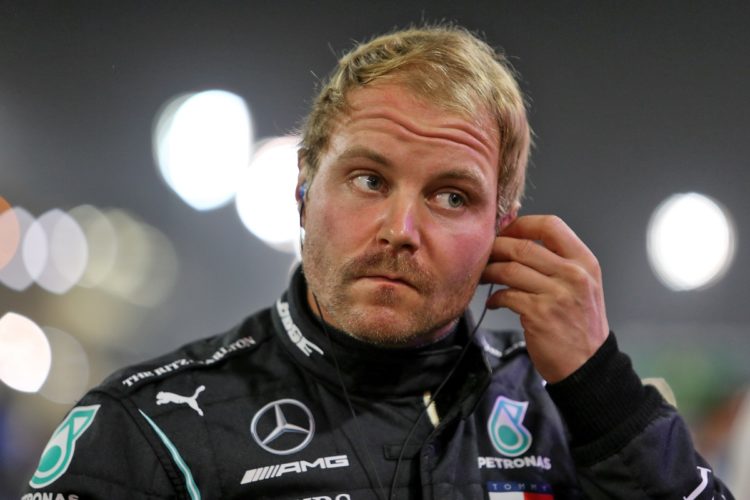 Valtteri Bottas admits that he perhaps appeared as a “complete c*** and fool” to outside viewers during the Sakhir Grand Prix in the battle against new team-mate George Russell.

Russell was drafted into the Mercedes team after seven-time World Champion Lewis Hamilton was forced to miss the race due to contracting Covid-19.

After edging Russell to pole position by 0.026s, Bottas lost the lead of the race on the opening lap on Sunday, with Russell having control out in front for the first two-thirds of the race.

Although pit stop errors and a slow puncture for Russell ruined Mercedes’ fight at the front of the field, Russell received praise from the motorsport community for his performance.

Bottas says the race from his side was “pretty bad”, but trusts Mercedes could have seen that he was gaining on Russell on the Hard tyre before the race collapsed for both drivers.

“In the race I was just trying to make the most out of it,” Bottas said. “I knew that there was long more race ahead, so I didn’t think of those things.

“Now, thinking about it, if you don’t know many things, for sure I look like a complete c*** and a fool, so that’s not nice.

“It was a pretty bad race for me from that side, so it’s pretty easy for people to say, ‘the new guy comes in and beats the guy that has been with the team for years’.

“While that’s not ideal, the people who need to know, how is the performance, and they know how the end result could have been. I don’t know what to say, really – not ideal obviously.”

Mercedes’ Team Principal said of Bottas’ race: “I haven’t got an explanation. I will need to speak to him to find out what happened.”

It is not yet known if Hamilton will return to Mercedes for the season-ending Abu Dhabi Grand Prix this weekend.