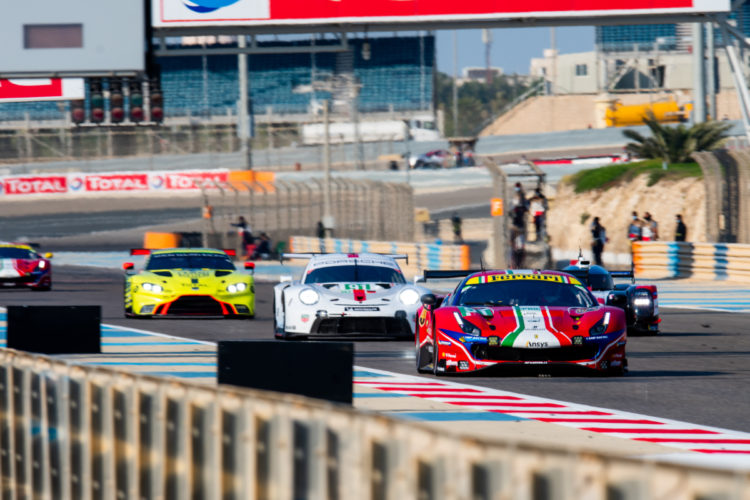 The FIA World Endurance Championship has announced that entries for the 2021 WEC season and 24 Hours of Le Mans have been opened as of Thursday 4 December, as well as announcing a number of rule changes for the upcoming season.

Teams looking to contest the WEC’s Season 9 and the 2021 24 Hours of Le Mans have until Thursday 14 January 2021 to submit their entries.

For the 2021, WEC has opted to abandon its current two-driver qualifying system in favor of a more traditional one-driver format, not unlike that used by IMSA.

WEC events will feature a pair of qualifying sessions during a race weekend: one for the Hypercar and LMP2 teams, and one for GTE Pro and GTE Am. Each of these sessions will be ten minutes long, and Bronze-rated drivers will be required to take part in qualifying in GTE Am.

With the 2021 season being the first in the five-year homologation cycle for the new Hypercar category, there will be more testing opportunities, both before and udring the season. LMP2 and GTE Am teams will also be allowed additional testing mileage. The limitations for GTE Pro have not changed.

As a result of the financial impact of the COVID-19 pandemic, the championship has implemented a number of cost saving measures.

Competitors in the Hypercar category will be restricted to 40 operational staff, or 43 for cars with hybrid technology, with the exception of the 24 Hours of Le Mans. Additionally, the championship will introduce an exclusive use of sea freight for overseas events and reduce the calendar back to six events.

These same economic measures also apply to the 24 Hours of Le Mans. In contrast to previous editions, the event will span 10 days rather than two weeks.

Practice and qualifying sessions have also been revised, with more details to be made available at a later date.