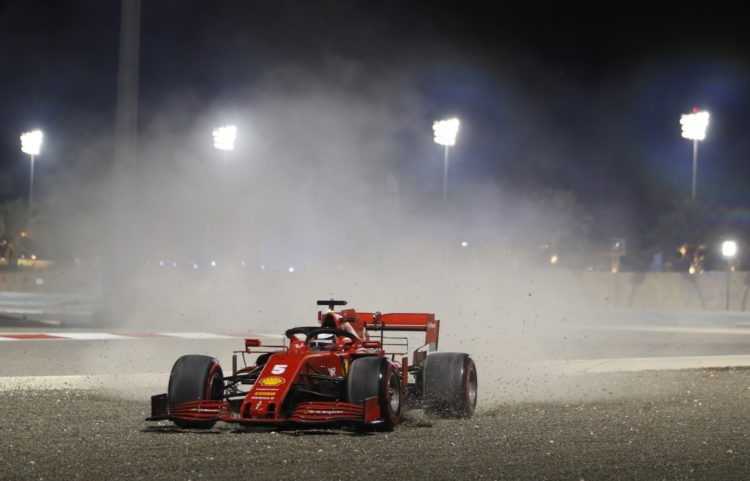 Vettel, in his penultimate event as a Ferrari driver, spun twice during the second session, rotating his SF1000 through Turn 2, before sliding wide exiting Turn 5 and spearing across the circuit.

It left Vettel without a representative timed effort on Soft tyres and he finished the session down in 16th position.

“We’ve had a mixed day, the first session was okay, the second session was horrible,” he said.

“We tried something with the car and I think it was very aggressive and probably not what we needed.

“We were happy and we thought it would work but I don’t think it did so we will see for tomorrow.”

Charles Leclerc did not set a timed effort after suffering a driveshaft failure on his second lap.

“We were actually better than expected I have to say, and FP2 was also good until the failure on my side,” said Leclerc. “So hopefully it will be a good day tomorrow.”

Vettel also expressed encouragement that Ferrari can lift its fortunes.

“Charles wasn’t out running so we didn’t get the answer on the other side either [of the garage],” he said.

“I think Q1 should be fine to make it through to Q2, and then I think Q3 could be possible – maybe it’s a little bit better than last week – but I reckon it will be very tight.

“It’s a short lap, the gaps between the cars are nothing. The midfield has always been tight this year so it will be even tighter.”