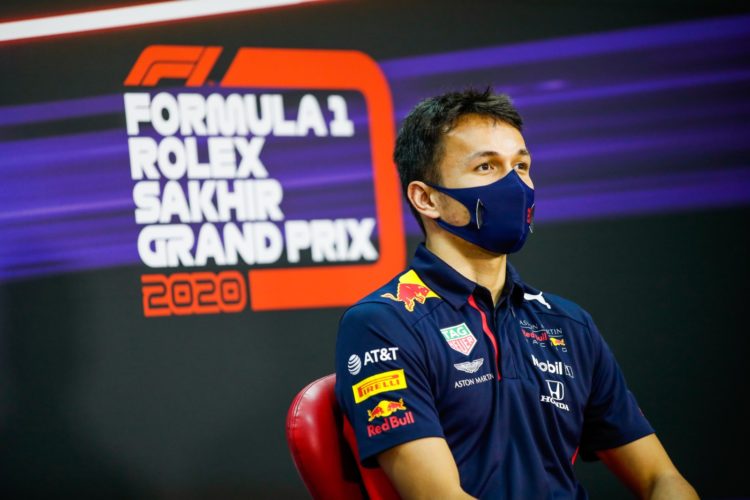 Red Bull boss Christian Horner says Alexander Albon will spend “a year on the bench” if he is not retained by the team for the 2021 season.

Albon’s presence at Red Bull next year remains uncertain as the team continues to evaluate whether to retain him alongside Max Verstappen, or to recruit outgoing Racing Point driver Sergio Perez.

Two of Albon’s predecessors, Daniil Kvyat and Pierre Gasly, returned to Toro Rosso – now operating as AlphaTauri – in the wake of being axed by Red Bull.

But Horner does not see that as a viable path for Albon – if he is not kept on by Red Bull.

“I don’t believe he forms part of Franz [Tost]’s plans for next year so it’s very much a Red Bull seat or a year on the bench,” said Horner.

“The focus is on giving him that opportunity, he’s got two races, he did a good job last weekend being on the podium, his second in F1, he’s had a good start to the weekend here.

“He has two more weekends to demonstrate he is absolutely the right guy to be in that car alongside Max next year.

“We’re giving him all the support we possibly can to achieve that goal.”

AlphaTauri has already retained Italian Grand Prix victor Gasly for 2021 and is lining up Formula 2 front-runner Yuki Tsunoda as a replacement for Kvyat.

Tsunoda claimed pole position for the Formula 2 finale in Bahrain on Friday and is poised to seal a Formula 1 Super Licence if he finishes in the top five of the championship.