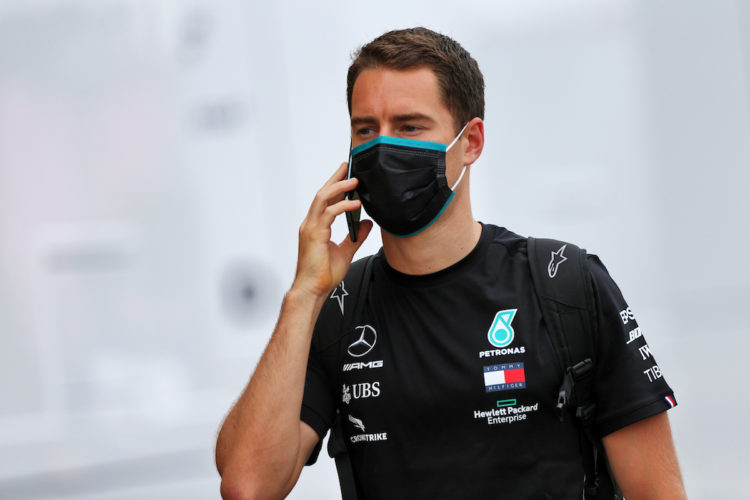 Stoffel Vandoorne says he feels “hurt” at being overlooked by Mercedes to replace Lewis Hamilton at this weekend’s Sakhir Grand Prix but respects the team’s decision.

Hamilton was ruled out of the upcoming race after he returned a positive Covid-19 test, with Williams’ George Russell drafted in to take his seat.

Vandoorne, who is Mercedes’ official reserve driver, flew to Bahrain after wrapping up his duties at the pre-season Formula E test, as per the original plan prior to Hamilton’s diagnosis.

However on Wednesday morning, Mercedes announced Russell had received the call up to the reigning World Champions, with Formula 2’s Jack Aitken slotting in at Williams.

As Russell is part of Mercedes’ junior programme, Vandoorne states he respects the team’s decision, despite being disappointed over not being handed the drive.

“I want wish Lewis Hamilton a speedy recovery and hopefully he’ll be back in the car ASAP,” Vandoorne wrote on Instagram. “Nobody can really replace him!

“Obviously, I’m disappointed not to get the chance to drive for Mercedes this weekend.

“After having spent the year travelling to all F1 races and dedicating so much time, physical training, commitment to this programme…it hurts!

“On the other hand, I respect the choice of putting George Russell in the car. He has been one of the standout drivers and he fully deserves this opportunity.

“It’s moments like these that make my drive even bigger and I can assure you I’m going to continue giving 100%!

“Thank you so much everyone for all your supportive messages! It’s been great to see.”

Vandoorne has 41 F1 grand prix starts to his name with McLaren, with his best career result coming in 2017 at the Singapore and Malaysia races, where he finished seventh on both occasions.