‘No targets’ for Russell as he reveals 2am call from Wolff 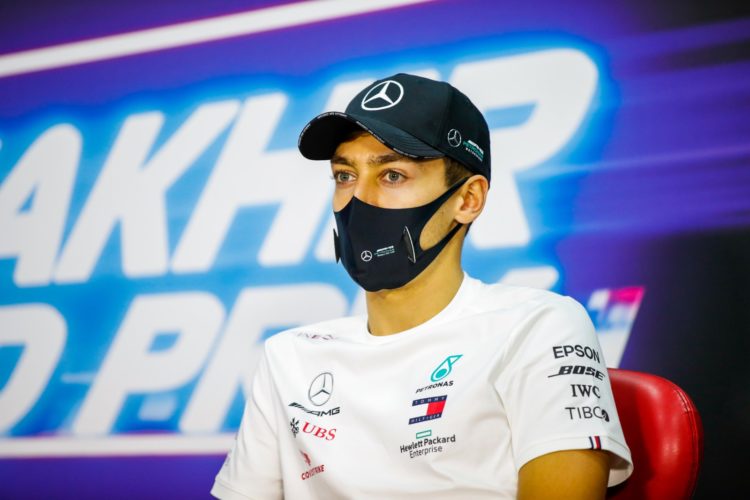 George Russell says he has not been set any targets by Mercedes as he heads into his first race with the team at this weekend’s Sakhir Grand Prix.

Russell has been drafted in to race for the reigning World Champions in place of Lewis Hamilton following his compatriot’s positive Covid-19 test.

Russell, backed by Mercedes for several years, has spent the last two seasons competing for Williams but has yet to make Q3 or score points, largely owing to the team’s lack of performance.

Russell has now been afforded a chance in a title-winning car but says the surprise outing will bring no added expectations.

“From my side, I think there’s no pressure, I’m being thrown in at the last opportunity, I haven’t driven their sim in two years,” he said.

“My seat is three years old, I’ve got so much information to learn and going up against Valtteri [Bottas] isn’t going to be easy, so I’m in a good position, not putting any additional pressure on myself.

“I am going to go out there and enjoy it and there’s been no targets, no expectations expected from me by Toto [Wolff] or by Mercedes because you can’t judge somebody off the back of one race.

“This weekend is all going to be about learning, especially Friday, focus towards qualifying and into the race on Sunday. If I get the opportunity again in Abu Dhabi, who knows, that will be easier for me.”

Russell explained the developments behind getting the seat and says he had a “bit of a sleepless night” while Mercedes negotiated with Williams over his temporary release.

“I got a phone call from Toto at 2am on Tuesday morning, I was in the bathroom, which was slightly awkward,” said Russell.

“He said ‘unfortunately Lewis has caught Covid, he doing well, he’s healthy and he feels fine which is most important, but we want you to drive’.

“So I was like ‘right okay’, then it was a bit of a sleepless night. We made it happen throughout the following day.

“I counted yesterday that I had 64 phone calls on Tuesday pinging between so many different people so glad we got there in the end.”