Telitz and Hawksworth return with Vasser Sullivan for 2021 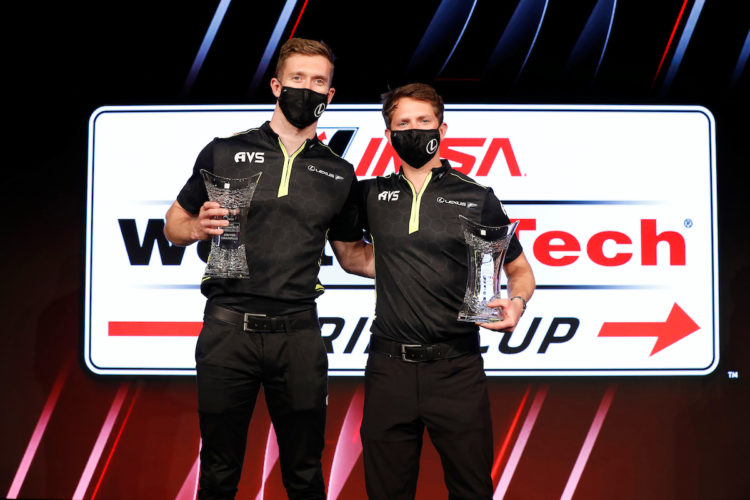 Vasser Sullivan Racing has announced that Aaron Telitz and Jack Hawksworth will return to the team for the 2021 IMSA WeatherTech Sportscar Championship.

Telitz and Hawksworth will reunite aboard the #14 Lexus RC F GT3, which they took to three wins, three pole positions and the Sprint Cup title during the 2020 season.

“We have not been shy about our attack on the IMSA GTD championship for 2021,” said Vasser Sullivan Racing co-owner Jimmy Vasser.

“Securing both Hawksworth and Telitz in the No. 14 Vasser Sullivan Lexus entry is the first of a few dominoes to fall as we prepare our assault on this championship.

“We couldn’t be more energized for what’s to come. Additionally, a big thank you to Andrew (Bordin), Ian and Keith (Willis) for their work and partnership over the last two seasons.”

The team will be running without AIM Autosport for the first time next season, after the Canadian organisation parted ways with Vasser Sullivan last month.

Hawksworth will embark on his third season with Lexus in IMSA, while Telitz signs on for his first full season aboard the #14 Lexus after splitting duties between the team’s two cars during 2020.

This past season, the team finished third in the GTD standings after both cars crashed out of the Twelve Hours of Sebring simultaneously.