Schumacher steps up to Haas on multi-year deal 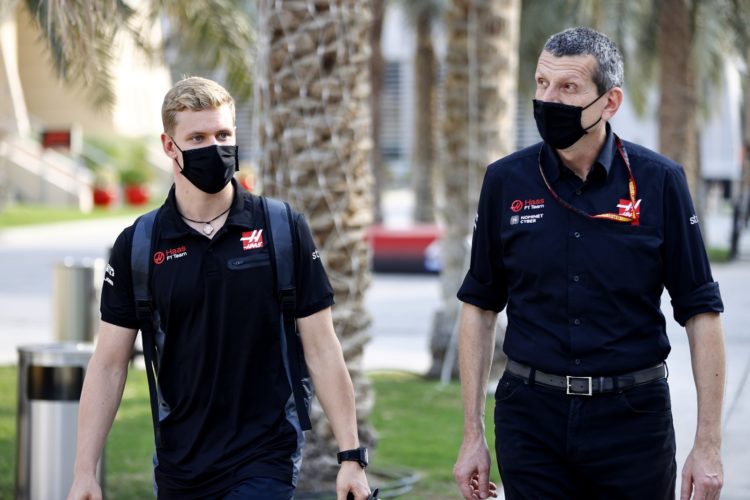 Haas has confirmed that Mick Schumacher will drive for the team in the 2021 Formula 1 season, completing an all-rookie line-up, after signing a multi-year deal.

Schumacher, part of the Ferrari Driver Academy, currently leads the Formula 2 championship by 14 points ahead of this weekend’s season finale in Bahrain.

Schumacher will join fellow Formula 2 racer Nikita Mazepin at the team, whose own multi-year deal was confirmed on Tuesday.

Schumacher will drive Haas’ VF-20 during FP1 at the Abu Dhabi Grand Prix and will then participate in the young driver test at the same venue.

“The prospect of being on the Formula 1 grid next year makes me incredibly happy and I’m simply speechless,” said Schumacher.

“I would like to thank Haas F1 Team, Scuderia Ferrari and the Ferrari Driver Academy for placing their trust in me. I also want to acknowledge and extend my love to my parents – I know that I owe them everything.

“I have always believed that I would realise my dream of Formula 1. A huge thank you must also go to all the great motorsport fans out there who have supported me throughout my career. I will give it my all, as I always do, and I look forward to going on this journey together with Haas.”

It marks a completely revised line-up for the Formula 1 team for the first time since it joined the championship in 2016.

Haas has fielded Kevin Magnussen and Romain Grosjean across the last four years but confirmed last month that neither had been retained for 2021.

Schumacher has had a steadier path than some of his rivals en route to Formula 1 but is on course to join a select group of people who have won titles in both Formula 2 and Formula 3.

Schumacher claimed the 2018 Formula 3 crown and is currently 14 points ahead of Callum Ilott in the Formula 2 standings ahead of this weekend’s season finale.

The German made his Formula 1 test debut with Ferrari in Bahrain in April 2019 and then tested for Alfa Romeo the following day.

He was set to make his FP1 debut for Alfa Romeo at the Nürburgring in October but that was called off when inclement weather conditions struck the circuit.

Alfa Romeo subsequently retained its current line-up, leaving Ferrari and Schumacher to switch attention to Haas, where he will race from 2021 after penning a multi-year deal.