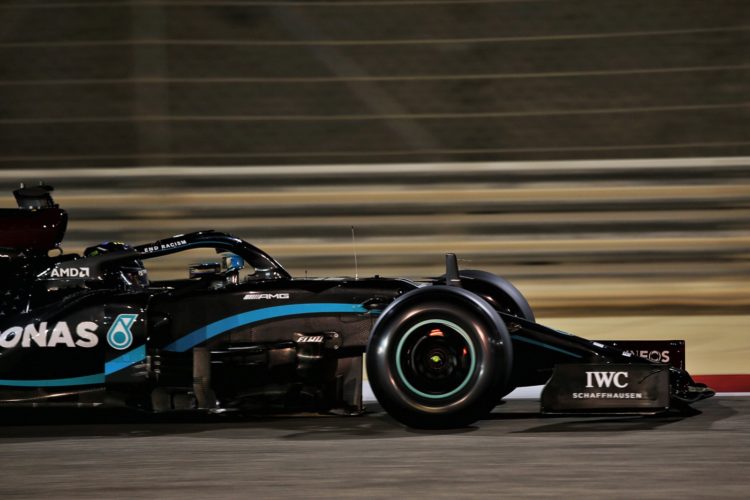 Pirelli retained its 2019-spec tyres for the 2020 campaign after the newer constructions were unanimously rejected by stakeholders after last year’s end-of-season group tyre test.

Drivers sampled 2021 prototype tyres in Portugal last month and for Friday’s two practice sessions at the Bahrain International Circuit each driver had two sets of the C3 – effectively the Medium this weekend – available to use.

But drivers were left unimpressed after Friday’s sessions with Hamilton the most vocal about the situation.

“Oh god, I’m trying my hardest not to say anything,” he said.

“Look, what I want to say is weekend-in, weekend-out every year we have a team here from Pirelli. I have the utmost respect for the guys that come here, load our tyres up, bring them here and keep us safe. They do an amazing job.

“Unfortunately, I mean we’ve had the same tyre for the last two years.

“At the end of 2019 they brought a new tyre, which they normally do, and it was quite a bit worse.

“Then they said ‘OK we’ll just keep the tyres we had last year’, so they’ve had two years now to develop a better tyre and we’ve arrived with a tyre that’s three kilos heavier and it’s like a second worse per lap.

“I know for the fans it doesn’t really make a difference but from a driving point of view, we’re working with brands and partners who are at the forefront of technology and elevating and moving forwards.

“To be going backwards after two years of development, I don’t know what’s happening.

“It definitely doesn’t feel good after and it’s a worry. I would prefer to just stay on these tyres [for 2021]. If that’s all they’ve got, and that’s the best that they can do, which it clearly is, then we’d be better just to stay on this tyre.”

Mercedes team-mate Valtteri Bottas commented that “Obviously they’ve made changes, I think to the constructions, they seem quite a bit heavier, so that should improve on the reliability side, which is an important matter.

“But when it comes down to performance, there’s not a huge difference.

“I think, honestly, from what we saw today on the track, the new tyres are a slightly slower in terms of pure lap performance.”

Red Bull’s Max Verstappen was also hesitant to suggest the tyres were an improvement.

“It’s difficult to know what compounds we were running but we were a bit over the place to be honest in terms of grip and balance so we will look into that and speak to Pirelli about it,” he said.