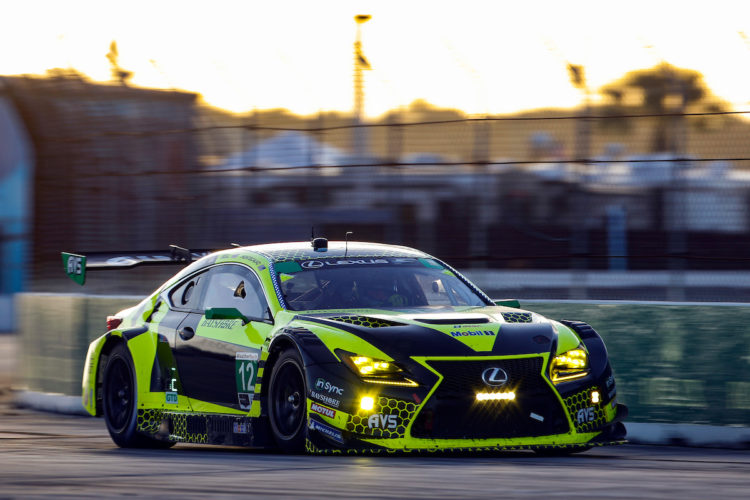 AIM and Vasser Sullivan has run the pair of Lexus RC F GT3s since 2019 after taking over from 3GT Racing and took several race wins and a Sprint Cup title in 2020.

The Canadian outfit, which operated the two-car operation, is based in Canada and owned by the brothers Ian and Keith Willis, as well as Andrew Bordin.

“AIM Autosport is very proud of the success achieved with the Lexus RCF GT3 in IMSA over the last two years with our partners, Jimmy Vasser, James Sullivan, Lexus and TRD,” AIM wrote in a statement. “For 2021, circumstances are such that AIM and Vasser Sullivan are going to go in different directions.

“Motorsports is a tight-knit community and you never know what the future will bring. If the opportunity and circumstance presents itself in the future, we would be happy to join forces once again to achieve even greater success.”

Vasser Sullivan, which is also active in IndyCar, is hinting at ‘exciting announcements’ with regards to the team in the near future, stating:

“We thank Andrew Bordin, Ian and Keith Willis for their dedication and hard work – especially during the unique 2020 season – and wish them the best.

“Vasser Sullivan will be making some exciting announcements regarding the direction of the team in the near future.”

For its part, AIM Autosport released a separate statement in which it is hinting towards a future in IMSA’s Michelin Pilot Challenge, possibly with the Toyota GR Supra GT4 in the series’ GS category.

“Off the heels of a successful 2020 season, AIM Autosport looks forward to new opportunites for 2021 and beyond.”

“Remaining active in the race shop, AIM is exploring on-track options for the upcoming racing season with a focus on an IMSA GS program continuing the winning relationship developed over the past two years with Toyota Racing Development (TRD).”

“AIM looks forward to racing with our partners and for our fans in the coming years.”