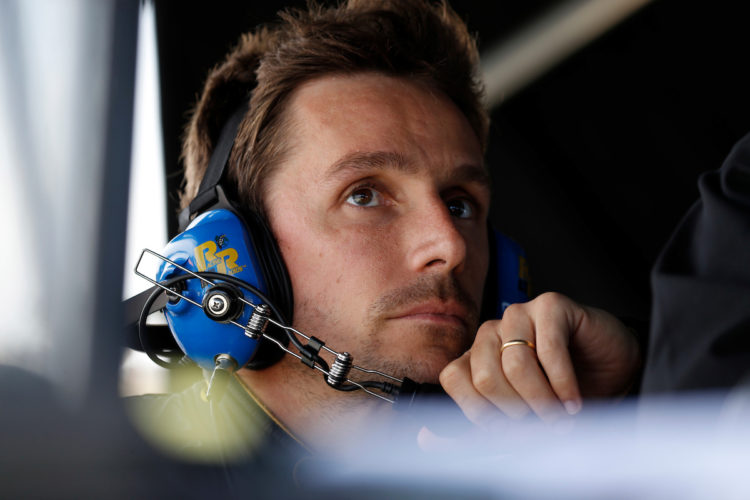 Newly minted Wayne Taylor Racing driver Filipe Albuquerque says he would like to continue his involvement with United Autosports in the FIA World Endurance Championship, although he admits his new full-time IMSA programme is his main priority.

Albuquerque was announced on Monday as one of the two full season drivers aboard WTR’s #10 Konica Minolta Acura ARX-05, partnering with Ricky Taylor. The Portuguese driver returns to a full-time programme in the IMSA WeatherTech Sportscar Championship after year of absence, only contesting the endurance rounds for Whelen Engineering in 2020.

Throughout the year, Albuquerque’s main racing effort have been in Europe, where he won the LMP2 championship in both the WEC and European Le Mans Series, as well as the class victory in the 24 Hours of Le Mans.

For 2021, Albuquerque stated that he wishes to defend his LMP2 crown in the WEC, but emphasizes that the WTR drive will be his main priority in the coming year.

“I would like to continue to do WEC next year, which does not clash, it’s a fact,” he said. “The two or three weeks we will know more when everything settles down, but my main project and my main priority is the Wayne Taylor Racing team with Konica Minolta and Acura.

“Obviously secondary would be the WEC again and to win if again if possible, but yes that would be my desire. But we need to wait and see.”

The ELMS season opener at Paul Ricard on April 18 falls on the same weekend as the Acura Grand Prix of Long Beach, while the Acura Sports Car Challenge at Mid-Ohio is a direct clash with the ELMS’ second round at the Red Bull Ring.

‘IMSA is the place to be’

Albuquerque will form part of an all-star line-up at Wayne Taylor Racing. Alongside Ricky Taylor, who captured the DPi championship at Sebring earlier this month, Albuquerque will also partner with 2016 Indy 500 winner Alexander Rossi at the endurance races.

Helio Castroneves, Taylor’s partner and co-champion at Acura Team Penske, joins for the Rolex 24 at Daytona. It adds another race to the Brazilian’s already busy schedule that also includes an IndyCar deal with Meyer Shank Racing, coincidentally the other team moving into the Acura DPi programme in 2021.

Albuquerque says that he considers IMSA the place to be, not just for 2021, but also with regards to a possible future LMDh programme with Acura.

“First of all, next season, looking at 2021, IMSA is the place to be,” he explains. “Just look at the teams that are there and drivers that are there and the driver combinations over the last years. I think next year is another step of competitiveness of every line-up, they are very very good so that is where any driver wants to be.

“And then to be with a manufacturer with a desire to go so deep in a time, and LMDh securing, I mean, it’s a natural choice and it’s the wish of any driver.

“I mean, to have the ambition of a team, to have the support of a manufacturer and a great line-up, there is nothing else I can wish for. I’m just happy that I got this contract.”