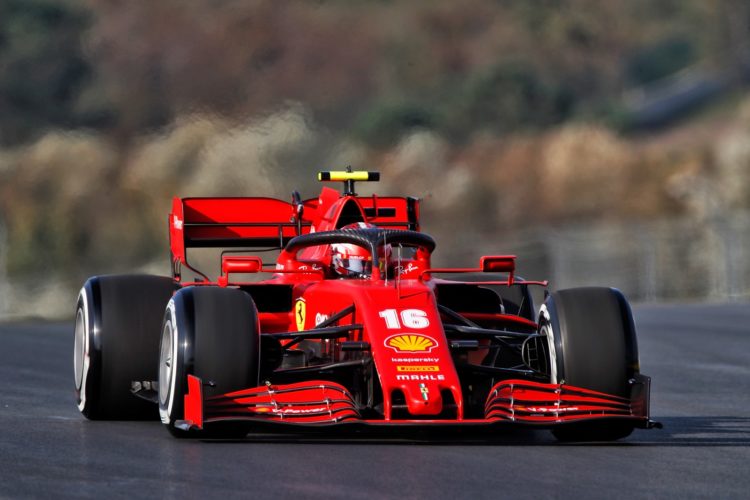 Charles Leclerc says Ferrari’s troubled 2020 Formula 1 season has made the team’s spirit stronger and that the setbacks have also improved him as a driver.

Leclerc claimed seven pole positions and two victories as Ferrari finished runner-up to Mercedes during his first campaign with the team in 2019.

But Ferrari has endured a difficult 2020 campaign amid a lack of performance from its SF1000 and holds only sixth in the Constructors’ Championship.

Leclerc has led Ferrari’s charge for much of the campaign, taking two podium finishes, and occupies fifth in the Drivers’ Championship, within three points of nearest rival Sergio Perez.

“I’m happy, I’m satisfied with the way I have improved as a driver since the beginning of the season,” said Leclerc.

“Especially tyre management, I think that was one of my weakest point last year. I put quite a lot of effort in that and it seems to be better now. This is a positive.

“I think it is in the toughest moments you get even close within the people that are working with you and I think this is exactly what is happening.

“We are trying to help the team as much as possible to come back to where we want to be and I think this is creating some strong links for me and the future with the team.

“This is good, and I hope this difficult situation will be as short as possible.”

Leclerc also believes Ferrari’s inability to fight at the very front of the field has helped him to become a more patient driver.

“As in difficult times I found my determination in other ways, focusing on myself, trying to improve even though it is not to fight for podiums or wins, we are fighting for lower positions,” he said.

“But at the end it matters as much for me, then in terms of patience, I don’t think I was a very patient guy in the past but now I have to be in the situation I am in now, and I feel like I’ve improved on that too.

“Yeah, surely I’m a stronger driver than where I was at the beginning of the season.”